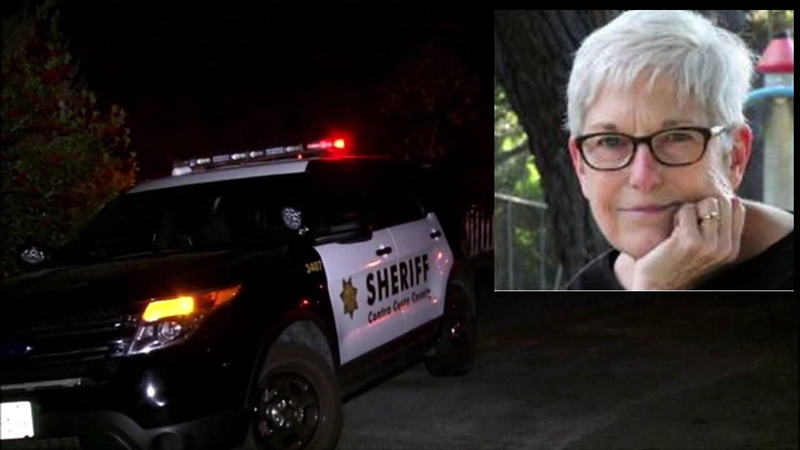 ORINDA, Calif. (KGO) -- A couple was brutally attacked in the East Bay and they are now they are recovering in the hospital.

ABC7 News has identified one of the victims as Orinda Union School District Board vice president Carol Brown. They were bringing in groceries from their car when two men in Halloween masks shot and pistol whipped them.

Orinda police Chief Mark Nagel said the suspects have left Orinda, but he couldn't reveal how he know that information.

Neighbors of 70-year-old Orinda School board member Carol Brown are outraged about the attack on her and her husband Tom Spaulding last night in front of their home. She was shot in the attack but survived.

"They're the most lovely people you'd ever want to meet in the world. They'd take the shirt off their back for you," said one neighbor.

"Two men approached them with Halloween masks and a pistol and demanded money, purse, wallet. The male victim complied, but for some reason was pistol whipped in the head," Nagel said.

A friend of the couple says the neighborhood is very upset she did not want to be identified. "My reaction is sadness and shock and now I am angry, very angry," she said.