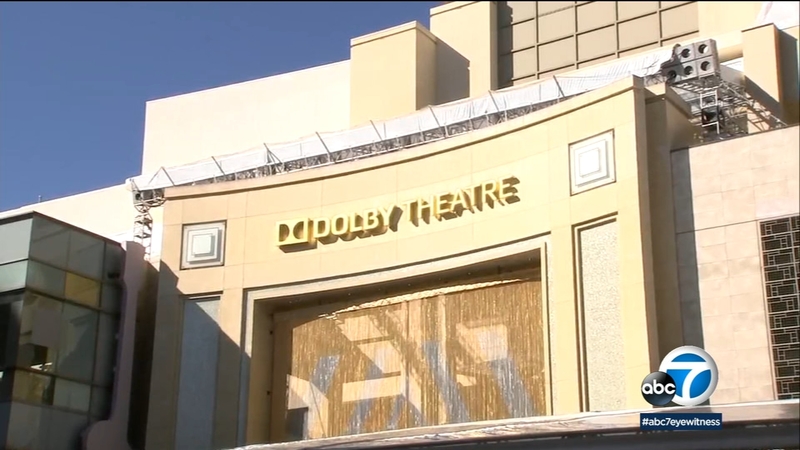 LOS ANGELES -- On Oscar Sunday, Dolby will be present once again inside the Dolby Theatre. As it turns out, the company's film and sound technology, coupled with excellent work, could result in some Oscars for the nominees.

Dolby Vision and Dolby Atmos play a part in the five of the eight nominations this year for best picture, explained Dolby Institute director Glenn Kiser.

Among this year's nominated movies with Dolby's laboratory input are "BlackKklansman," "Black Panther" and "Roma."

"Dolby has a long history of supporting and working with filmmakers and content creators, basically as far back as the last iteration of "A Star Is Born" in 1976 with Barbra Streisand. It was one of the very first movies to come out in Dolby stereo," Kiser said.

When it comes to the broadcast audio you'll be hearing on Sunday from inside the Dolby Theatre, that's left to the expertise of veteran audio director Paul Sandweiss and his team of experts.

"It's about elegance and it's not boom boom boom. It's very old-school style, at least for me it is," he said. "It's a little bigger this year because we've got the Philharmonic coming in, which is great. We've got Gaga coming in with her band, we've got Queen coming in with their band, so it's a little bigger this year."
Report a correction or typo
Related topics:
arts & entertainmentoscarsaward showsmovies
Copyright © 2022 KGO-TV. All Rights Reserved.
OSCARS
Harlem Cultural Festival to return to NYC
Jada Pinkett Smith says her family is 'healing' in 'Red Table Talk'
Will Smith gets 10-year Oscars ban over Chris Rock slap
Glam Lab: Roll out the red carpet for Hollywood waves
TOP STORIES
Mom shares teen's tragic death to warn of 'sextortion' scam
4th grader 'did what she had to to survive' Uvalde shooting, aunt says
Uvalde victims latest: Slain teacher's husband dies of heart attack
ABC7's new 24/7 live stream offers local news, weather
Some CA fire victims react to liens held from PG&E settlement payments
Surgeon describes assault weapons' extreme trauma to kids' bodies
19 kids, 2 teachers killed in TX school shooting; gunman's mom speaks
Show More
Family of VTA mass shooting victim files lawsuit
Uvalde man says his daughter was killed trying to call 911 on shooter
Senate GOP blocks domestic terrorism bill and gun policy debate
Onlookers urged police to charge into TX school: 'Go in there!'
EXCLUSIVE: Brother of man killed in I-580 shooting hopes for justice
More TOP STORIES News