The 94th Academy Awards featured a moment of silence for Ukraine as the Russian invasion entered its 34th day.
OTRC 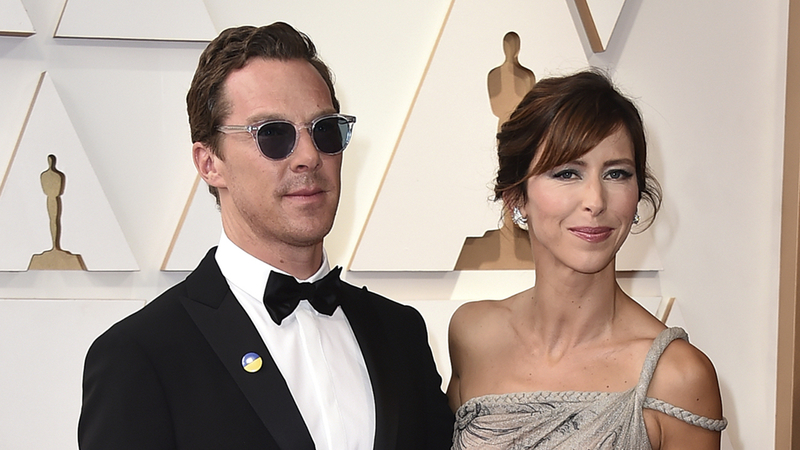 LOS ANGELES -- Even as the jubilant mood swelled outside Los Angeles' Dolby Theatre Sunday afternoon, some stars attending the 94th Academy Awards clearly had their hearts and minds on Ukraine.

After two years away, the red carpets returned to the Dolby along with the pomp and circumstance of Hollywood's biggest night, but among the biggest challenges Sunday was commanding worldwide attention for a night of self-congratulation as Russia's war ravages Ukraine.

While producers offered a moment of silence for Ukraine during the second hour of Sunday's broadcast, celebrities expressed support for the war-torn nation and its citizens on the red carpet.

'The Power of the Dog' star Benedict Cumberbatch expressed solidarity with the people of Ukraine, while expressing horror over the images he's seen from the conflict.

"It's appalling," Cumberbatch said. "What I'd like to call myself a citizen of the world, but also as a father and human being, to see children buried under the rubble of theaters, to see pregnant women being injured in maternity wards, I just, you know, it beggars belief that it is happening."

Several actors lobbied the academy to have Ukrainian President Volodymyr Zelenskyy speak at the ceremony, with Sean Penn vowing to destroy his Oscar if the invitation wasn't extended.

Nicholas Britell, nominated for his "Don't Look Up" score, wore a blue ribbon on one lapel in support of Ukraine, and Diane Warren in an Emerald green tuxedo suit, wore a blue lapel ribbon of her own on behalf of Ukraine refugees. Others donned Ukraine blue ribbons as well.

Presenter Lily James, meanwhile, went with baby pink Versace with a high side slit and Piaget jewels as she posed for selfies with a few fans on the red carpet. Soft pastels like her outfit mixed with metallic looks (Lupita Nyong'o in gold Prada) and black statements in a year still struggling with the pandemic and the horrors of Russia's war in Ukraine.

The conflict entered its 33rd day on Sunday, after Russia launched a wide-ranging attack on Ukraine on February 24.