Not your parents' Oscars: Diversity on display as stars prep for Academy Awards 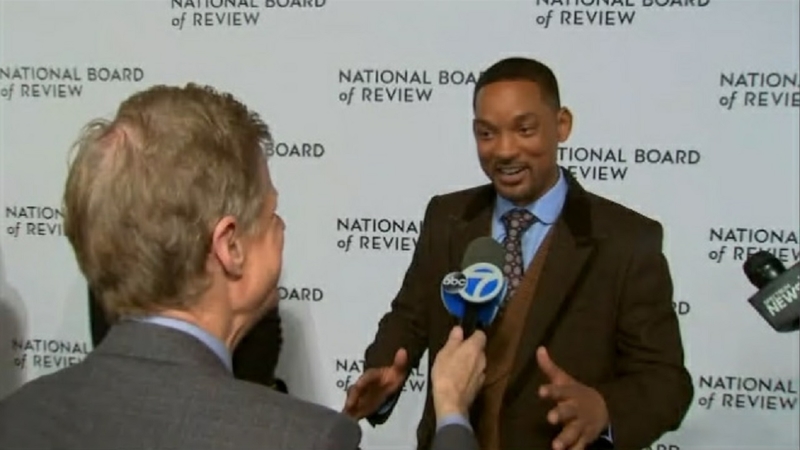 Not your parents' Oscars: Diversity on display as stars prep for show

HOLLYWOOD -- The awards shows leading up to Hollywood's biggest night showed us we can once again expect pomp and circumstance at the Oscars, but this will not be your parents' Academy Awards show, producers say.

"I think also we need it," producer Shayla Cowan said. "We need to see people. We need to see smiles. When you see that, it becomes infectious, you know?"

Past complaints about lack of diversity have been answered with a broad range of movies reflecting different cultures and the first Japanese movie ever to compete for the top trophy of Best Picture.

The "Live" post-Oscars shows has become a tradition, placing Kelly Ripa and Ryan Seacrest in the middle of movies nominated for Academy Awards. Sandy Kenyon previews this year's show.

"Drive My Car" is a personal film that resonates after a pandemic, while "Coda" has found favor for the same reason.

"Belfast" had its director looking back to his childhood in Northern Ireland, while "The Power of the Dog" was set in Montana but made in New Zealand.

Kirsten Dunst and her real-life partner Jesse Plemons play a married couple and both got nominated.

"We don't have to work at any chemistry together," Dunst said. "You know, it's just naturally there."

Javier Bardem and Penelope Cruz are also married with nominations, and what a moment for both couples because the red carpet is back at the Oscars.

The Oscars red carpet is being rolled out for the first time since the COVID-19 pandemic struck just a few weeks after the 2020 Academy Awards. Sandy Kenyon previews this year's event.

Winning a trophy from his fellow actors had Will Smith pondering his young co stars.

"They were like, 'Mr. Will, whatever comes out of this night, you have to introduce us to Andrew Garfield,'" he said during his acceptance speech. "So all I could think about all night was. 'I cannot leave this awards show without finding Andrew Ggarfield and introducing them to these girls, right?'"