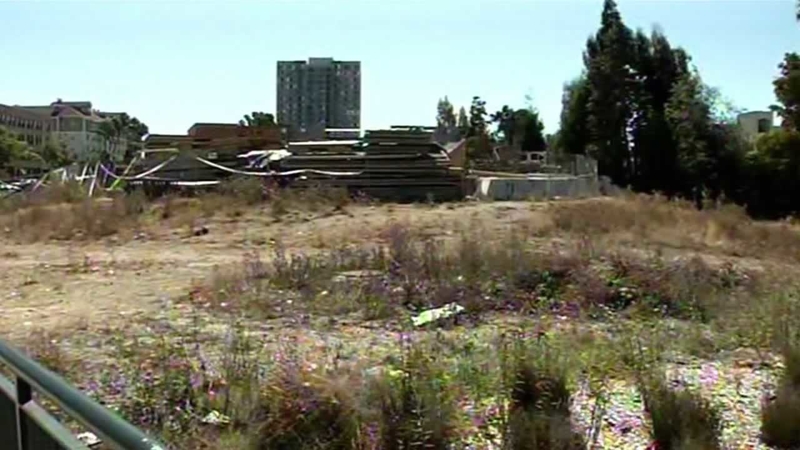 OAKLAND, Calif. (KGO) -- The Oakland Unified School District is working on a plan to create more affordable housing for teachers.

In recent years, many teachers have moved to other cities because of the high cost of living. Now, the district is looking to change that, hoping to build new property near Lake Merritt.

Following the Lake Merritt Improvement Plan, the city of Oakland was left with a 1-acre lot at 12th Street and 2nd Avenue. A developer was ready to building luxury apartments on the land, but the community protested and that plan was axed. This gives the opportunity to others, such as the Oakland Unified School District, to develop the land.

Janet Lau and other Oakland teachers share the same story.

"I live in San Leandro because I can't afford to live in Oakland," Lau said.

The high rental and real estate prices in Oakland have pushed them out of the city.

"There is something to be said about living in the same neighborhood as where you work and be involved with the community," Lau said.

The Oakland Unified School District wants to see more affordable housing for teachers the empty plot of land across from Lake Merritt that's owned by the city.

In July, City Hall invited school district officials to throw their name in the hat along with other potential organizations and developers.

"We'll have to give full, fair consideration to everything that comes in at that time, but in general we recognize that there is an affordability crisis in Oakland," Schaaf said.

Oakland Unified now has a little more than 90 days to submit a formal plan. Board members say they will have to be creative because the district has no funds for this kind of development.

"The city, if it was interested, could say to the housing developers, go work with the school district we want to make sure there's housing here for teachers and district employees," said Oakland School board member Jody London. "There are a lot of different ways this could come out."

The teachers union says any affordable housing should include other district employees.

"We have a lot of displaced personnel in Oakland and we need to find a place for them also," said Trish Gorham of the Oakland Education Association.