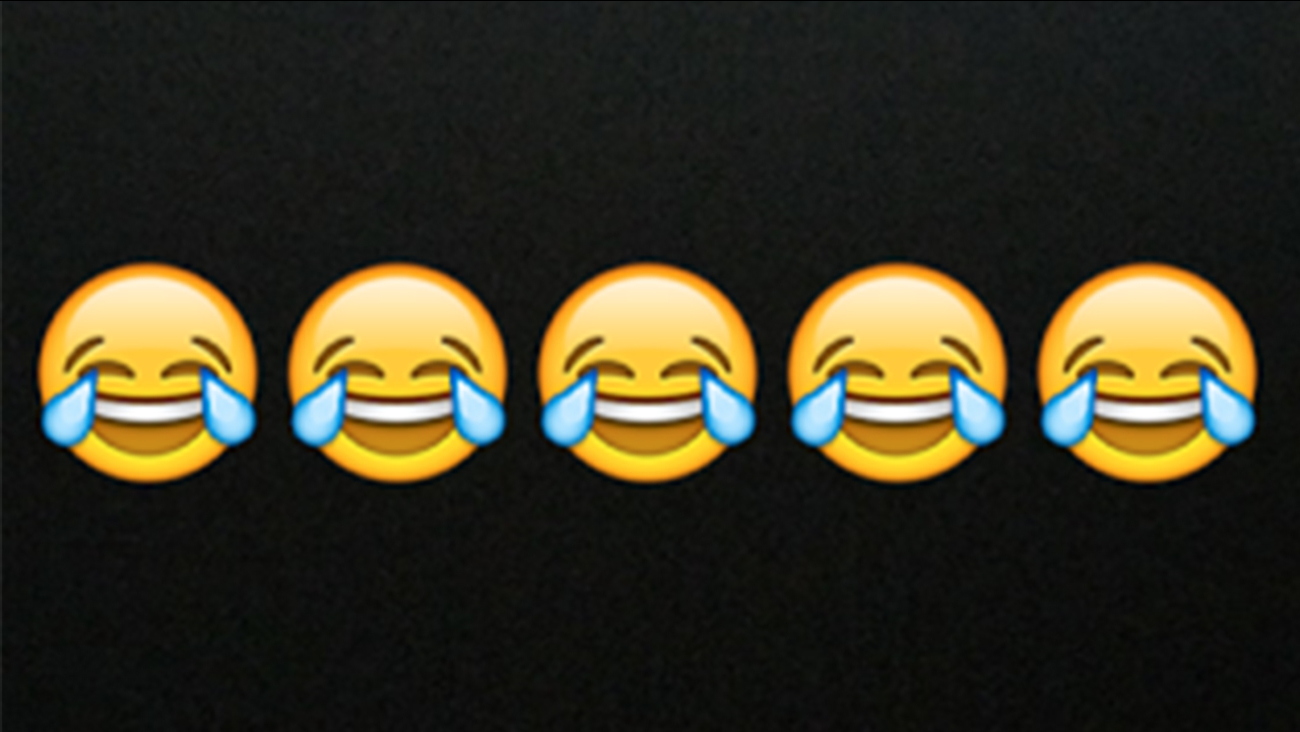 The "Face with Tears of Joy" emoji was named as Oxford Dictionaries' top word of 2015. (ABC Owned Television Stations)

Oxford dictionaries' word of the year for 2015 isn't a word at all, it's an emoji.

Oxford announced on Monday that its official word of the year for 2015 was the "Face with Tears of Joy" emoji. This is the first time ever that an emoji has been selected as the dictionaries' top word of the year. While there were many strong contenders for the top word title, Oxford said that the winning emoji "was chosen as the 'word' that best reflected the ethos, mood, and preoccupations of 2015."

To determine their rankings, Oxford looked at data provided by technology company Swiftkey and found that the "Smiling with Tears of Joy" emoji was used more than any other emoji in 2015. Emojis in general have seen a huge surge in popularity, with usage of the word having tripled in 2015 compared to last year, according to Oxford Dictionaries Corpus.