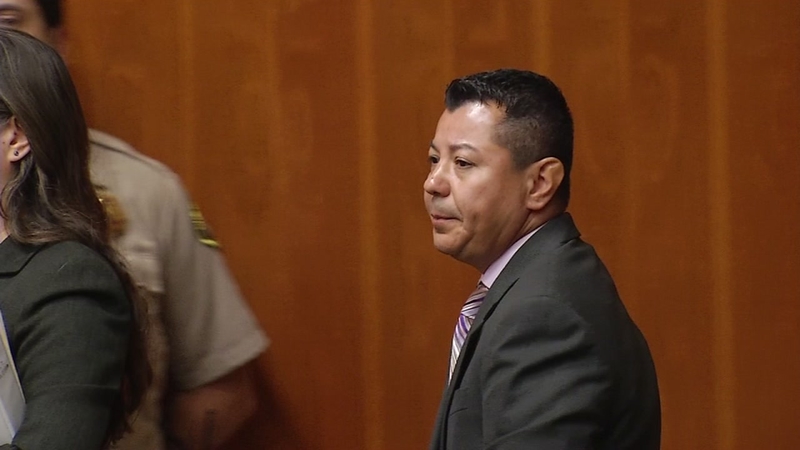 PETALUMA, Calif. (KGO) -- It was judgment day for a Petaluma man at the center of an ongoing investigation launched three years ago in a mortgage fraud case.

A Sonoma County judge ordered Miguel Lopez to serve one year in jail and pay nearly $250,000 in restitution. Teary eyed victims sat in the courtroom watching it all go down.

Lopez walked down the court hall and was greeted by his public defender before today's proceedings. Earlier today, 16 of the more than 80 victims sat in the same hallway anxiously waiting for the hearing to begin. They accused Lopez of taking their money and promising to reduce their mortgage payment. Instead, they said he did little but take their money.

"We're deeper now than we ever were and we have no possibility of digging out," said Carol Saloman-Bryant, Petaluma.

Back in October, Lopez pled no contest to grand theft and embezzlement. Sixty-three other charges were dropped. Tears streamed down victims' faces and sniffles could be heard in the courtroom as three of the victims read statements. One woman accused Lopez of exploiting her "vulnerability" to string her and her husband along.

Dan Steele says the long ordeal caused him and others to lose faith in the system.

"He has no remorse. No regret. He has no sympathy for anybody," said Steele.

State prosecutor Caroline Chen asked the judge to increase the restitution from the previously agreed $100,000 to nearly $250,000. Judge Laforge agreed. He also sentenced Lopez to one year in jail and five years probation. Lopez was ordered to turn himself into jail on January 12.

"We're not making any statement at this time," said Kristen Long, Public Defender.

"How can that be good enough? There are so many people that are suffering," said Saloman-Bryant.

Most victims are likely to receive $1,995 in restitution, the fee Lopez charged. Some will receive much more if they were able to prove additional losses beyond just the fee.