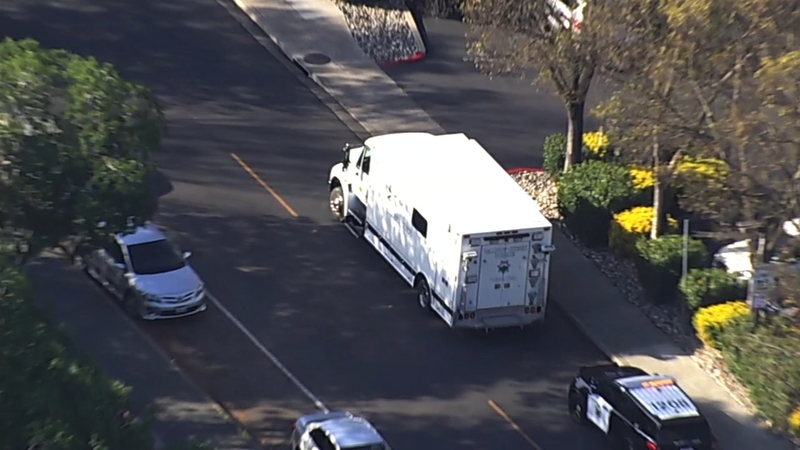 PLEASANT HILL, Calif. (KGO) -- A quiet apartment complex in Pleasant Hill turned into the scene of a nightmare Friday night.

The Pleasant Hill and Clayton police departments say they were investigating a series of vandalisms in the area.

"As a part of that investigation, Pleasant Hill PD detectives discovered that it was possible that our suspect in that vandalism case was acquiring explosive devices," said Janayla Pierson, a spokesperson for the Pleasant Hill Police Department.

As a result, law enforcement agencies say they got a search warrant for an apartment on the 300 block of Longbrook Way.

In their search, officials say they found bomb-making materials along with some type of device.

"The hazmat was here, the fire department was here, FBI was here. We didn't know what was going on," Kilmurray said.

Kilmuray was one of about 20 residents evacuated around 3 p.m. Friday afternoon.

She says the suspect kept to himself and never had much interaction with other residents.

"He put plastic over his windows, which we thought was kind of weird," she said.

That sentiment was also shared by other residents too, many of whom were still shell-shocked over what had happened.

"We had suspicions of something way lower level, maybe like growing some pot or something like that. Had no clue anything like this could have been happening," said Cody Griffith, who lived next door to the suspect.

But as the shock starts to wear off and residents begin returning to their homes, some say it might not be for much longer.

The events of the night caused at least one resident to say she's moving as soon as she gets the chance.

"As soon as I am physically able, yes, that's what I'm going to do," Kilmurray said.