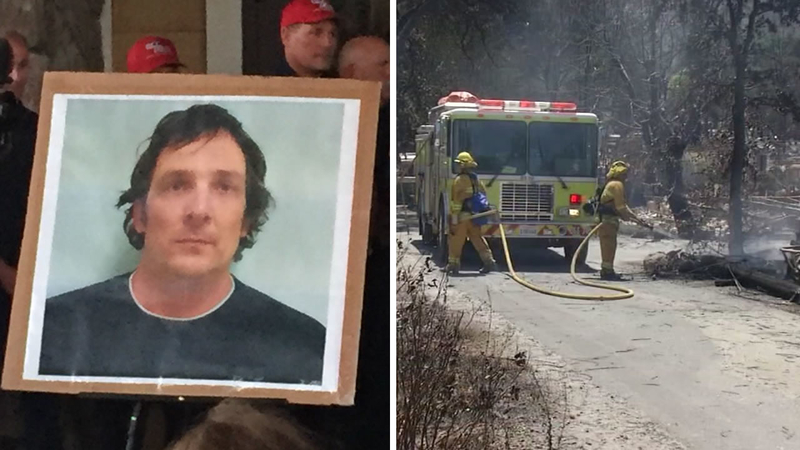 MIDDLETOWN, Calif. (KGO) -- Authorities say a 40-year-old man has been arrested on suspicion of starting a massive wildfire that destroyed more than 175 homes, business and other structures in the Lower Lake area of Lake County.

Lake County Sheriff Brian Martin said Damin Anthony Pashilk of Clearlake, California was arrested Monday on 17 counts of arson and is in jail.

His charges will likely be enhanced because homes and businesses were destroyed.

Pashilk has been arrested at least a dozen times before mostly for parole violations, but also on drug and weapons charges.

The Clayton Fire has scorched 4,000 acres since it broke out on Saturday and forced thousands of residents to evacuate the area. So far, the fire is five percent contained. Officials said at least 1,500 other structures are threatened.

With his arrest people say they'll sleep easier tonight even if it's not in their own bed.