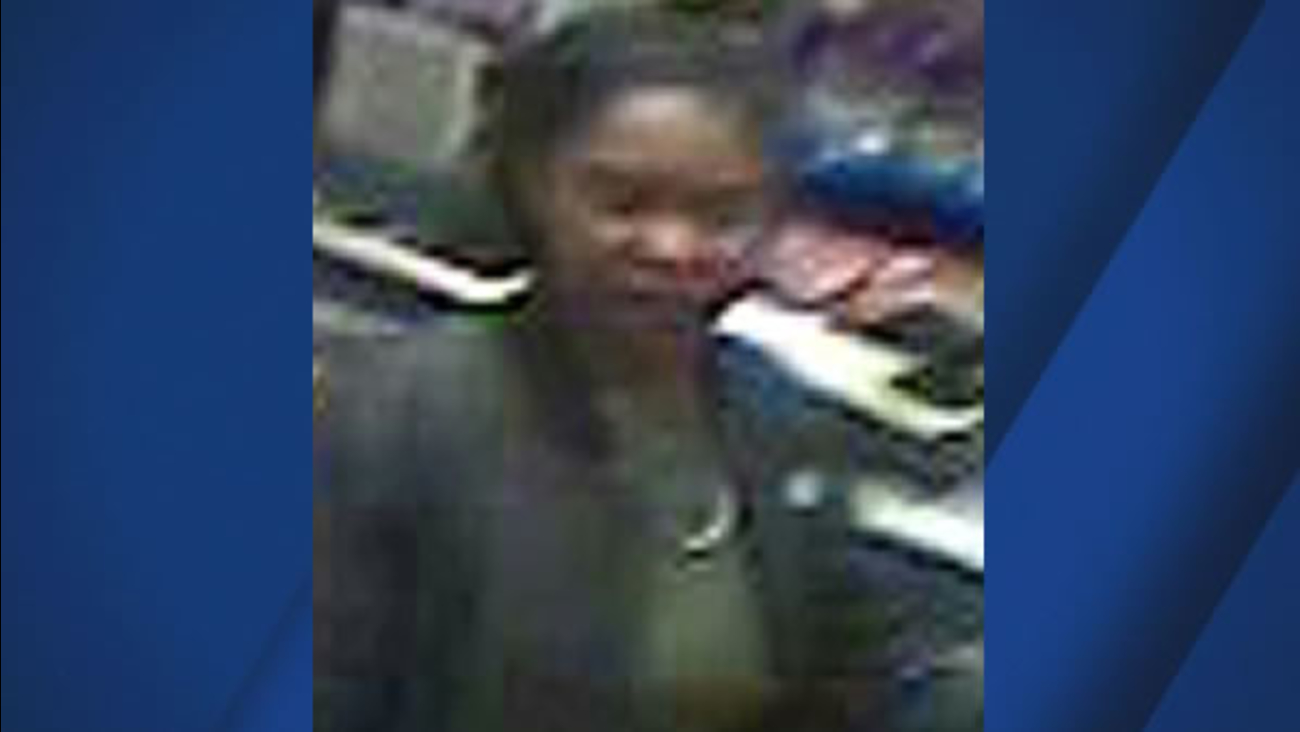 SAN MATEO, Calif. (KGO) -- San Mateo police are searching for a theft suspect who reportedly dragged an officer 35 feet with her car after a confrontation.