In the tragic killing of San Jose Police Officer Michael Johnson we have learned new details about how the suspect died.

SAN JOSE, Calif. (KGO) -- In the tragic killing of San Jose Police Officer Michael Johnson, ABC7 News learned the killer did not take his own life as first thought. The suspect was fatally shot by Johnson's partner.

That officer's name is Doug Potwora and he was one of the first officers to respond to the scene that fateful night. Multiple sources told ABC7 News that he courageously exchanged gunfire with the suspect, Scott Dunham, and that it was Potwora's shot that took him down.

At first, San Jose police said it was a suicide and that Dunham had taken his own life. However, he was actually killed by an officer who stood his ground under fire and shot Dunham in the eye with his AR-15 rifle. Sources say Dunham crawled into the apartment and ultimately onto the balcony where he died.

"What that officer went through to return gunfire, he saved his life, he saved other people's lives that day," San Jose Police Asst. Chief Eddie Garcia said.

"The officers who were there on the scene behaved very courageously amid the shooting and that the actions of at least one officer may well have saved several more lives," Mayor Sam Liccardo said.

The dangerous 911 calls for help continued on Thursday. There was one again in East San Jose resulting in the arrest of a man and the recovery of loaded rifle. Police responded to a report of domestic violence and a possible burglary in progress.

"The victim, or the [reporting party] who called, said that her ex-boyfriend -- the father of her children -- had broken into her house last night," San Jose Police Sgt. Michael Montonye said.

A confrontation ensued. The woman told the dispatcher her ex-boyfriend had beaten her. What followed was a heavy police response. A BearCat armored vehicle and more than a dozen patrol cars plus the SWAT team. On everyone's minds was the fatal shooting of Officer Michael Johnson Tuesday night.

"Obviously, it's going to be in the back of our minds... everybody. So we just wanted to make sure that, we do things thoroughly and come to a peaceful resolution," San Jose Police Lt. Mike King said.

One of the supervisors, Montonye, had worked with Johnson, who was very much in his thoughts.

"In the back of your head, we all have families, wives, kids, so you're always thinking about that," Montonye said.

Liccardo has asked for more money to buy breast plates, helmets and plates for patrol cars. 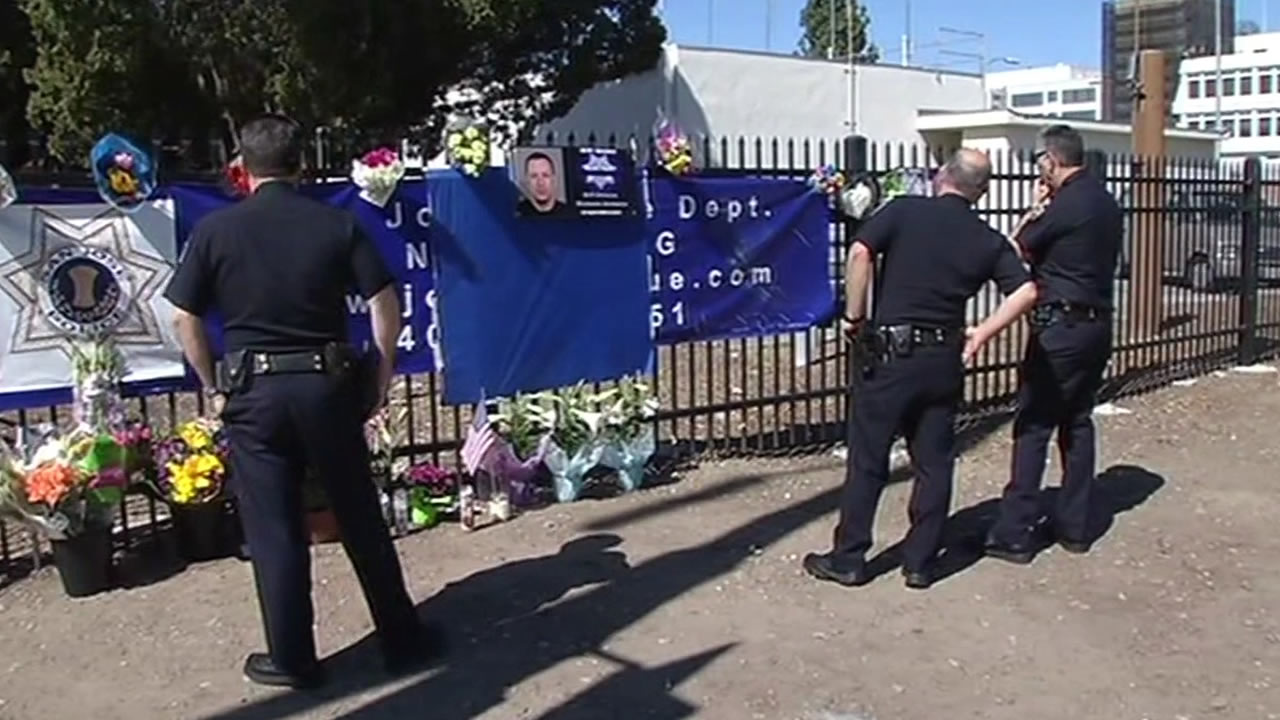