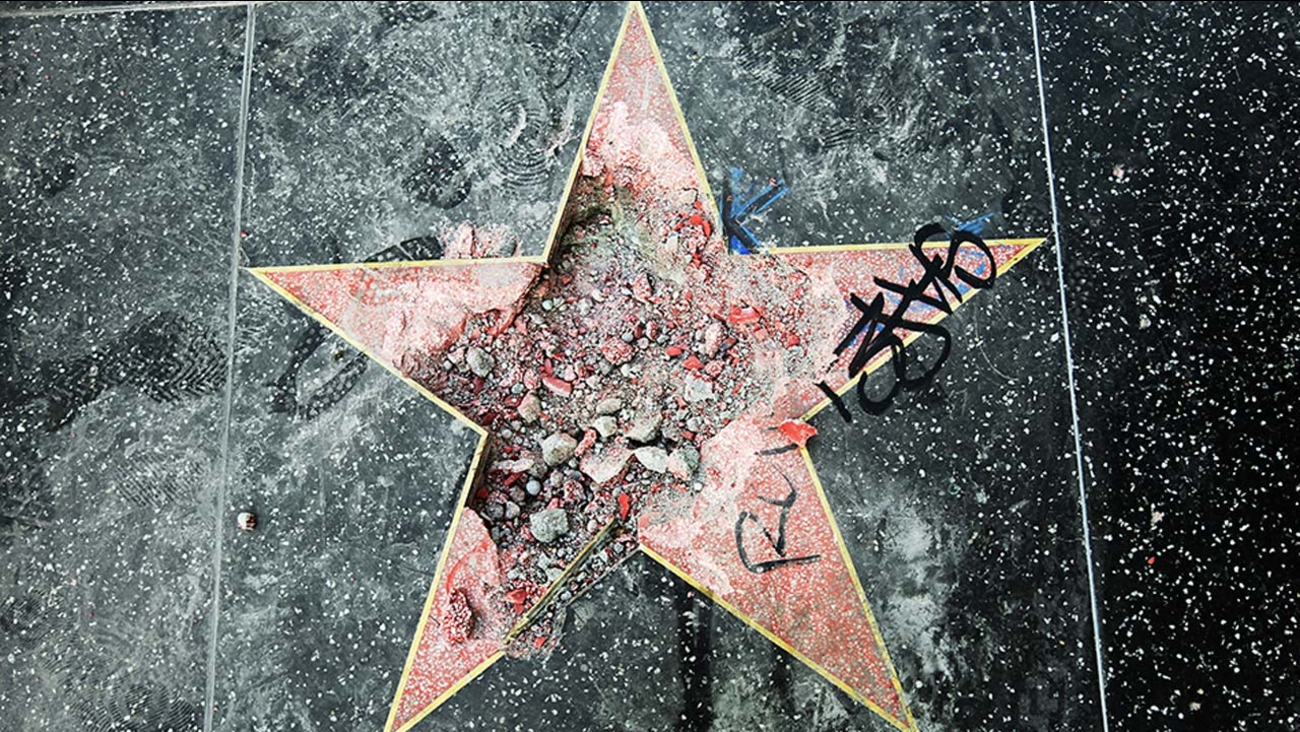 This photo shows Donald Trump's star on the Hollywood Walk of Fame that was vandalized Wednesday, July 25, 2018, in Los Angeles.

The Council is expected to vote Monday on whether or not to ask the Los Angeles City Council for the removal.

A vandalism suspect turned himself in after he allegedly used a pickax to destroy President Trump's star on the Hollywood Walk of Fame.

The two West Hollywood members are criticizing the president for many things including his treatment of women.

Trump was given a star in 2007 before he was president. It has been vandalized several times since he took office. 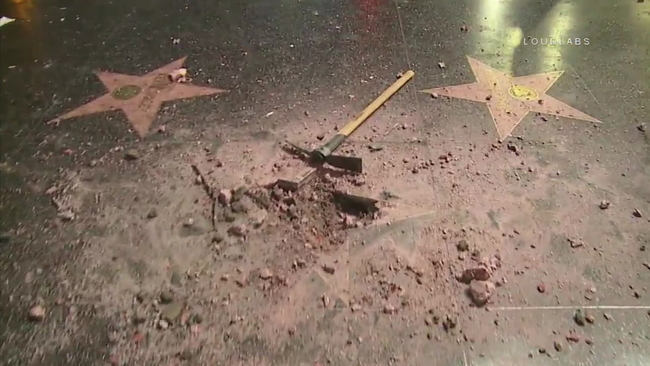