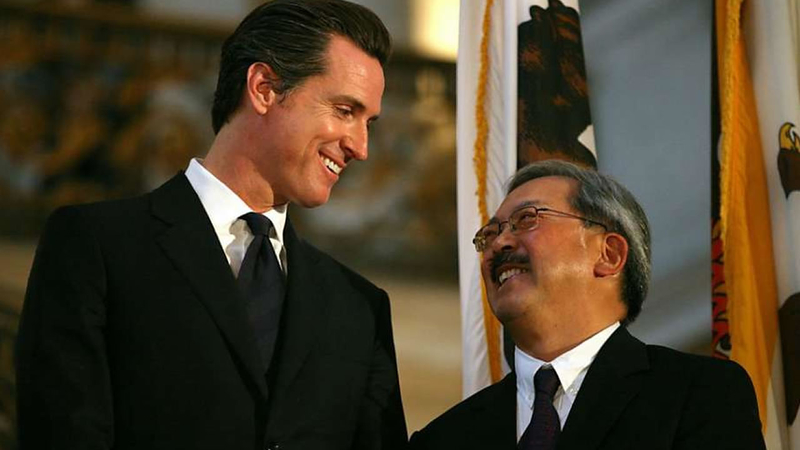 SAN FRANCISCO (KGO) -- Lieutenant Governor Gavin Newsom was in disbelief when talking about the sudden death of San Francisco Mayor Ed Lee. He spoke to ABC7 News at City Hall on Tuesday.

Newsom teared up and hugged staffers, saying they were like family to Lee.

"These are his closest friends, they lost someone they love very dearly and so it's hard," he said.

The former mayor of San Francisco said he just saw Lee at an event less than 48-hours ago.


"We were just together a couple of days ago. He was in good spirits, I thought in good health," he said. "Not surprising, we spent 40 minutes talking about homelessness."

Newsom said most people want to be remembered as a decent and honorable person, and that's how he will remember Lee. He got emotional when describing the late mayor saying, "This was a good, decent, honorable guy."

It was Newsom's departure from the office of the mayor in San Francisco, when he became Lieutenant Governor, that opened up the vacancy which eventually Lee filled in 2011.