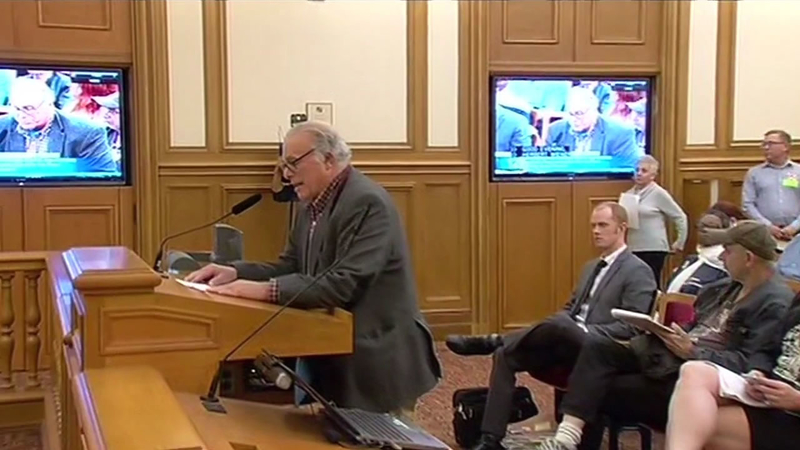 SAN FRANCISCO (KGO) -- Voters in San Francisco may get a chance to decide this November if they can participate in government without actually having to show up at city hall. This is the brainchild of a professor and his students and they say technology will make government more open.

For people who work or have children, attending public meetings at city hall can be a challenge. The proposed ballot measure would allow people to still weigh in.

"We don't want to exclude particular groups just because they can't be there," said one student.

As a class assignment at San Francisco State University, students have come up with ideas they think will make it easier for more people to participate.

David Lee is the professor and former rec and park commissioner.

"In San Francisco, the epicenter of technology, it's time to bring city hall into the 21st century," said David Lee, a tentative sponsor.

His students and paid volunteers have collected more than 16,000 signatures for a ballot initiative that would require all public meetings in San Francisco to be streamed online; allow the public to comment virtually rather than in person; and if enough people request it in advance, mandate specific times for items to be discussed.

Tom Nolan is head of the MTA board, which is already covered by the city TV station. Proponents of the initiative say the infrastructure is in place to stream all meetings live.

"Practically speaking, I'm not sure how it would work. Some of these meetings are incredibly long already," said Tom Nolan, San Francisco MTA board member.

"Real life is not about hanging out in line at some hearing in the middle of the day, so yeah," Lee said.