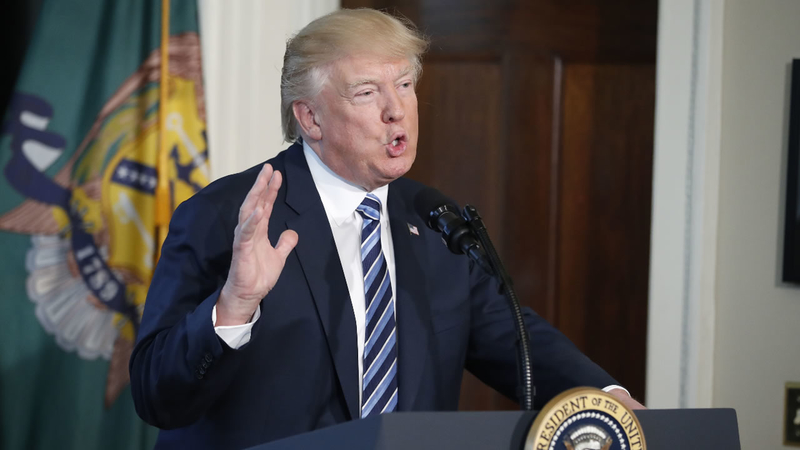 BERKELEY, Calif. (KGO) -- President Trump mentioned his first 100 days in office in a tweet on Friday morning, taking aim at the media.

While it's only been 91 days so far, some UC Berkeley scholars are keeping track of what Trump has and hasn't accomplished this year.

"No particular rush, but we'll see what happens," the president said. He was talking about his efforts to revive his health care plan, a different tone than the one he had during his campaign.

On Friday at a UC Berkeley symposium, some believe Trump acted too quickly in trying to get rid of the Affordable Care Act.

"I think all presidents have a difficult time during their 100-day period. It's a learning period," UC Berkeley Institute of Governmental Studies' Terri Bimes said.

No matter how much I accomplish during the ridiculous standard of the first 100 days, & it has been a lot (including S.C.), media will kill!

For example, only five days into his presidency, Bill Clinton tried to do away with a ban on gays in the military, but ended up with the Don't Ask, Don't Tell policy, a watered-down version.

So this is what Trump is saying now. "Remember it took Obama Care 17 months. I've really been negotiating this for two months, maybe even less than that."

A president's success is measured by the number of laws passed through Congress. In the first 100 days, President Clinton had 24, George W. Bush had 7 and President Obama had 11.

President Trump has had 29 bills.

But they have not been significant legislative achievements, except for one. "He's had one success. He has gotten a person on the Supreme Court," Berkeley Center for Right-Wing Studies' Lawrence Rosenthal said.

Instead, the president has relied on executive orders to keep some of his campaign promises on immigration, travel bans and EPA regulations. Some are being held up in court.

"What you are seeing right now, this sort of legislating by executive order, it's probably not the most effective means but it is what you've seen going on in the first 100 days," Interim Dean of UC Berkeley Law School Melissa Murray said.

Some say what the administration has done so far opens a conversation about what Trump's 1,000 days might look like.