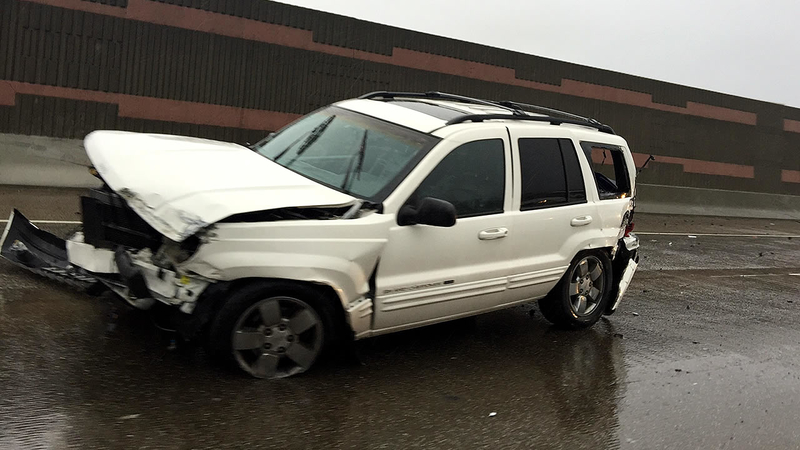 There was major flooding in Marin County and Rohnert Park. Drivers have been warned not to drive through standing water. There were a few cars that were stuck after driving through it Sunday morning after Hinebaugh Creek began to overflow.

Streets were wet and there was standing water on Sir Francis Drake Blvd. and Highway 101 so drivers needed to slow down.

Flooding from the storm triggered the closure of northbound Hwy 101 in Windsor and northbound Highway 101 was closed at Windsor due to flooding.

CHP officials said Lucas Valley Drive in Marin County was closed because a tree was down there. Lodi Lane at the Napa River was closed due to flooding.

Weather was likely to blame for a car that flipped over on a ramp to Hwy 280 in Daly City. CHP and firefighters and the driver turned over an SUV with their bare hands. The reason they did this was reportedly because there was at least a one hour delay for tow trucks in the area. Apparently the driver and occupants were all ok. The car itself did have significant damage to its side.

Reminder to stay safe: CHP and firefighters used their bare hands to flip over an SUV at Hwy 280 in Daly City. https://t.co/J7Ubyr1ZKQ pic.twitter.com/NRf47aIOC0

In the South Bay, a tree came crashing down onto Montague Expressway in Santa Clara Sunday morning. A driver drove their car over the branches and got stuck. It's unclear if the tree fell just moments before they drove by, or if they simply didn't see it.