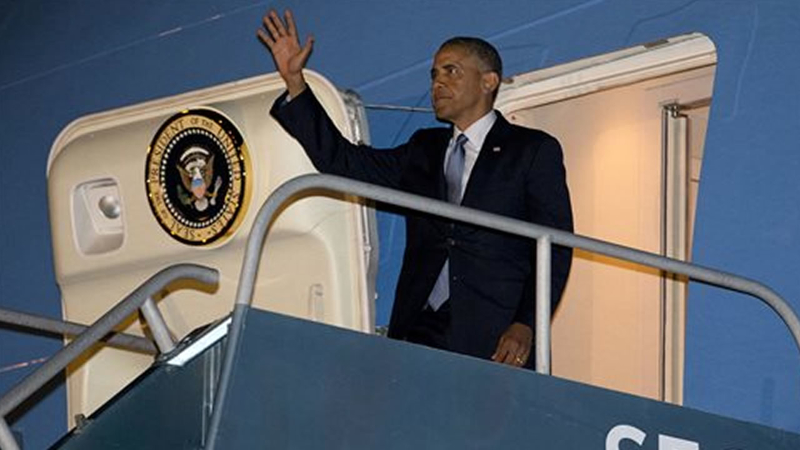 SAN FRANCISCO (KGO) -- Air Force One touched down at 9:18 p.m. Tuesday night at San Francisco International Airport. It was a rare nighttime arrival with no dignitaries there to greet him.

On Wednesday, President Barack Obama will have a busy day collecting big money for Democrats. The trip will be brief, but lucrative for the party.

The President flew in from Seattle as part of a three-day West Coast fundraising trip where the goal is to raise money for the upcoming elections which are threatening Democratic control of the Senate.

Obama will have a morning event at a hotel in San Francisco before heading to a luncheon at the Los Altos home of real estate mogul George Marcus. Guests are paying $10,000 for lunch and a photo with Obama or $32,000 per couple for a VIP ticket.

The upcoming election is crucial because the Republicans are poised to take control of the Senate and the House, which would complicate the president's last two years in office.

Jack Citrin, Ph.D., a political science professor at UC Berkeley, said, "The President would lose whatever relatively limited leverage he has over legislation because the Senate, with a Democratic majority, has been his main bastion of strength."

Losing control of both houses would also hinder the President's nominations and appointments in those final years. California has always been Obama's money tree and after the luncheon, he'll head to Los Angeles for one more day of fundraising.

Air Force One is scheduled to leave the Bay Area at 1:20 p.m.