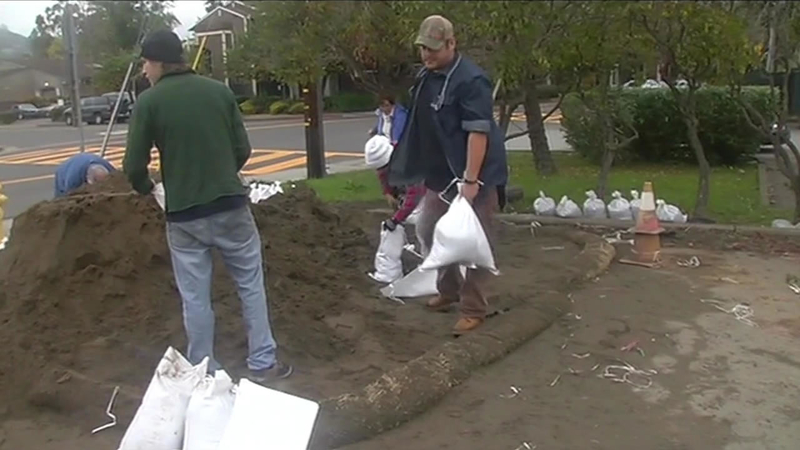 Healdsburg prepares for rain after weeks of dry weather

HEALDSBURG, Calif. (KGO) -- After weeks of dry weather, a big storm is moving into the Bay Area that could bring heavy rain, flooding, high winds, and perhaps even thunder.

Steady rain is expected to hit the North Bay starting Thursday night, with scattered and light showers arriving for the Bay Area later in the evening. The heaviest part of the storm will arrive in time for the Friday morning commute.

A Flash Flood Watch has been issued for the North Bay. It's set to begin Thursday at 10 p.m. and go through Saturday at 6 a.m. ABC7 Meteorologist Sandhya Patel says to watch out, because the creeks and streams will quickly rise, areas with poor drainage may flood, and there will be the potential for rockslides and mudslides.

A Wind Advisory has also been issued for most of the Bay Area. That begins Friday at 4 a.m. and is in effect until 4 a.m. Saturday.

The last significant rainfall we had was in December, and one of the hardest hit places was the Sonoma County town of Healdsburg.

On Thursday, Patty Dunlap was busy filling sandbags for her 87-year-old mother Faye, who moved to the Bay Area just in time to experience the December storm, which flooded her new home.

"I came down from Palm Springs," Faye said. "So, it's a little different up here."

December was a bit surreal, with a flooded Safeway parking lot turning into a river for rafters. Nearly 8 inches of rain in just a matter of hours caused Foss Creek in downtown Healdsburg to overflow, swamping the business district.

"We got pretty walloped," said Constance Newton, owner of Healdsburg Vintage. "We had about 18 inches of water that went all the way back, came in like a tide." 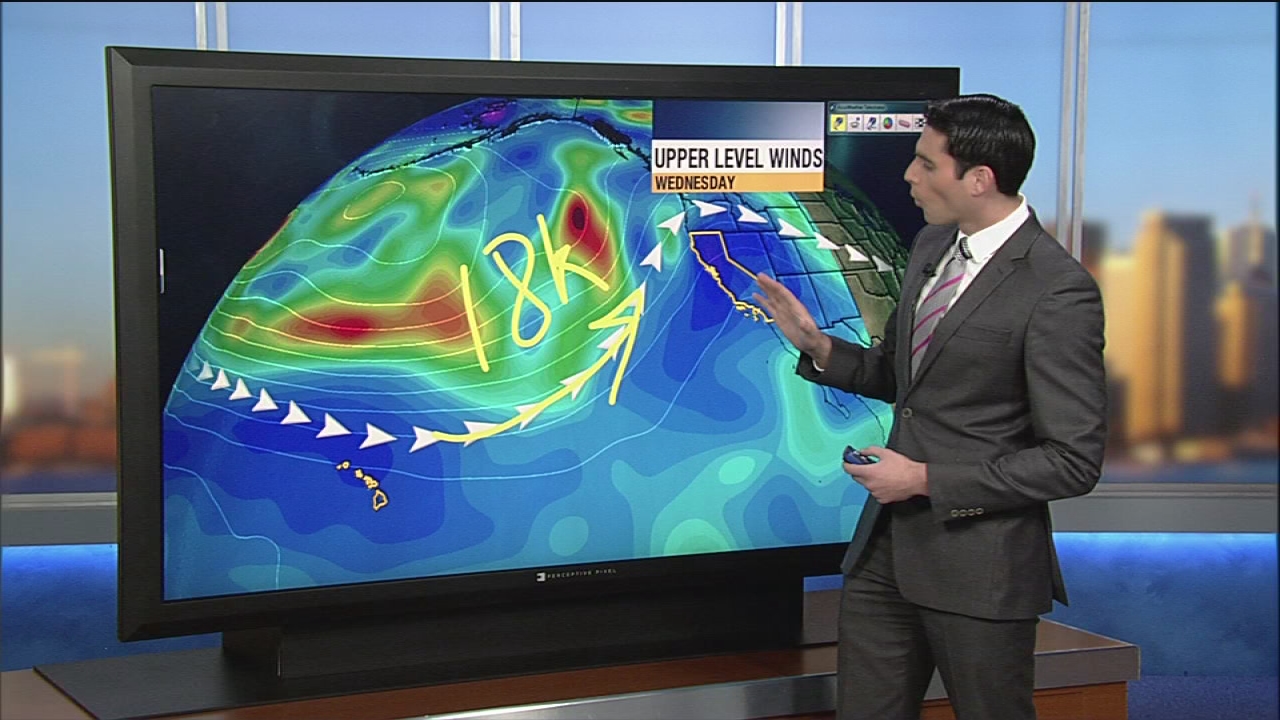 This time, Newton is ready with sandbags that were provided by the city. Officials have also cleaned the creek and storm drains.

"Our public works department will be on hand," said Healdsburg City Manager David Mickaelian. "We're scheduling staff over the weekend to monitor the event and make sure we're prepared."

He welcomes the rain, as does Newton. But she says just not like December when the whole bucket was dumped on them at once.

"We're going to be prepared this time, no taking any chances," she said.

"All we can really do is sandbag it," she said.

Her cafe has flooded before. Even her customers want to make sure it is protected.

"I usually get the sandbags," she said. "But I am getting older. So this year one of my customers got me the sandbags, which was so nice. And he got these 50 pounders, which I cannot move. I usually get 20 pounders. But that was so nice of him."
"There's an art to sandbagging," said Mill Valley Fire Battalion Chief Michael St. John.

Mill Valley firefighters have it down to a science. There's even a YouTube video they study about how to pack and stack your sandbags. First, fill it up only halfway. Then walk on them to flatten them.

"When you start to place your second layer, you want to make sure that once you place the sandbag, you want to place it over seam of the first layer and then walk on it again. And it's going to give you a much more effective barrier against water," St. John said.

On Thursday morning, firefighters and a representative from the emergency management team met to map out their plan for the storm. One concern is being able to communicate with residents.

"So we have a telephone emergency notification system, we're encouraging people to sign up for that in case we have to send out some emergency messages," said Emergency Services Manager Chris Reilly.

They aren't expecting major flooding, but do think they'll see it in the typical areas.

In the South Bay, residents and businesses that are still cleaning up from December's destructive storms were busy preparing for the year's first big round of rain. 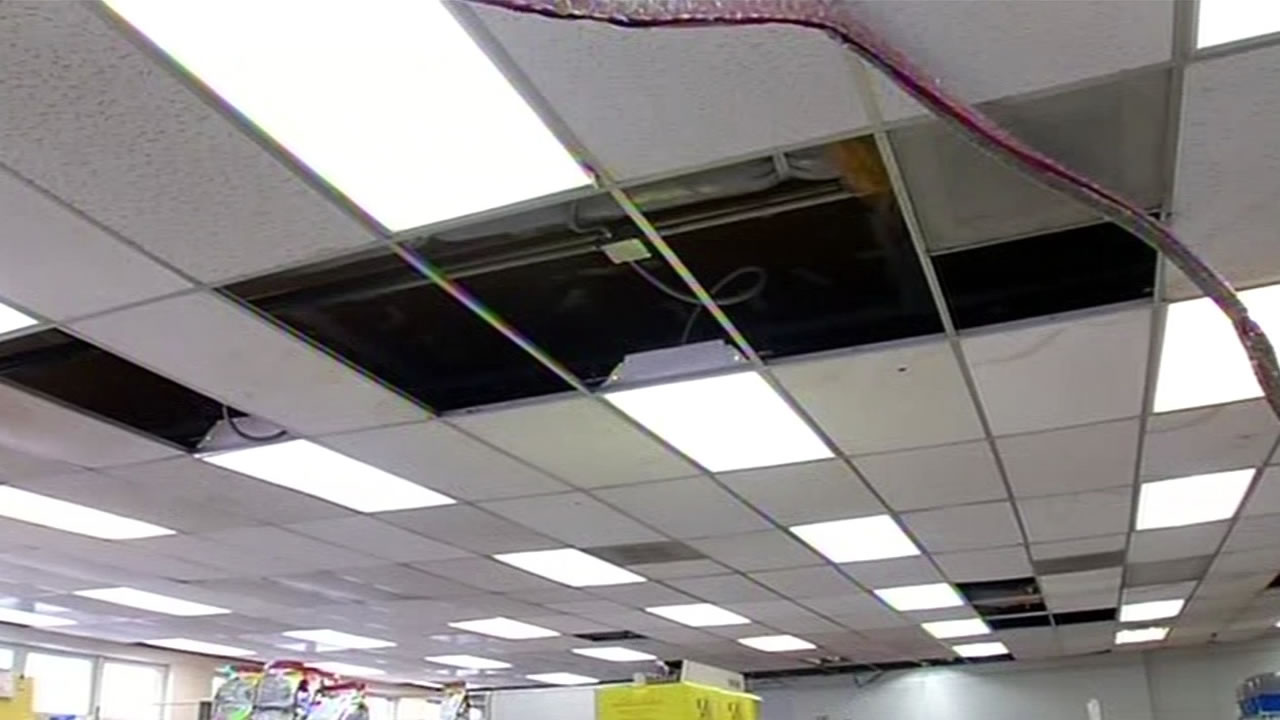 And San Francisco's water department crews were busy preparing for the storm on Thursday. High-powered vacuum trucks went from sewer drain to sewer drain clearing out debris and gunk that has accumulated beneath the street. Left un-cleaned, the backed up drains can cause street flooding when the heaviest downpours happen. Crews cleared out a line near Harrison and 16th streets, an area that's prone to flooding. Businesses nearby were also busy rolling out sandbags, just in case.

Crews cleared out a sewer line at Harrison and 16th streets ahead of a big storm in San Francisco, Calif. on Feb. 5, 2015.