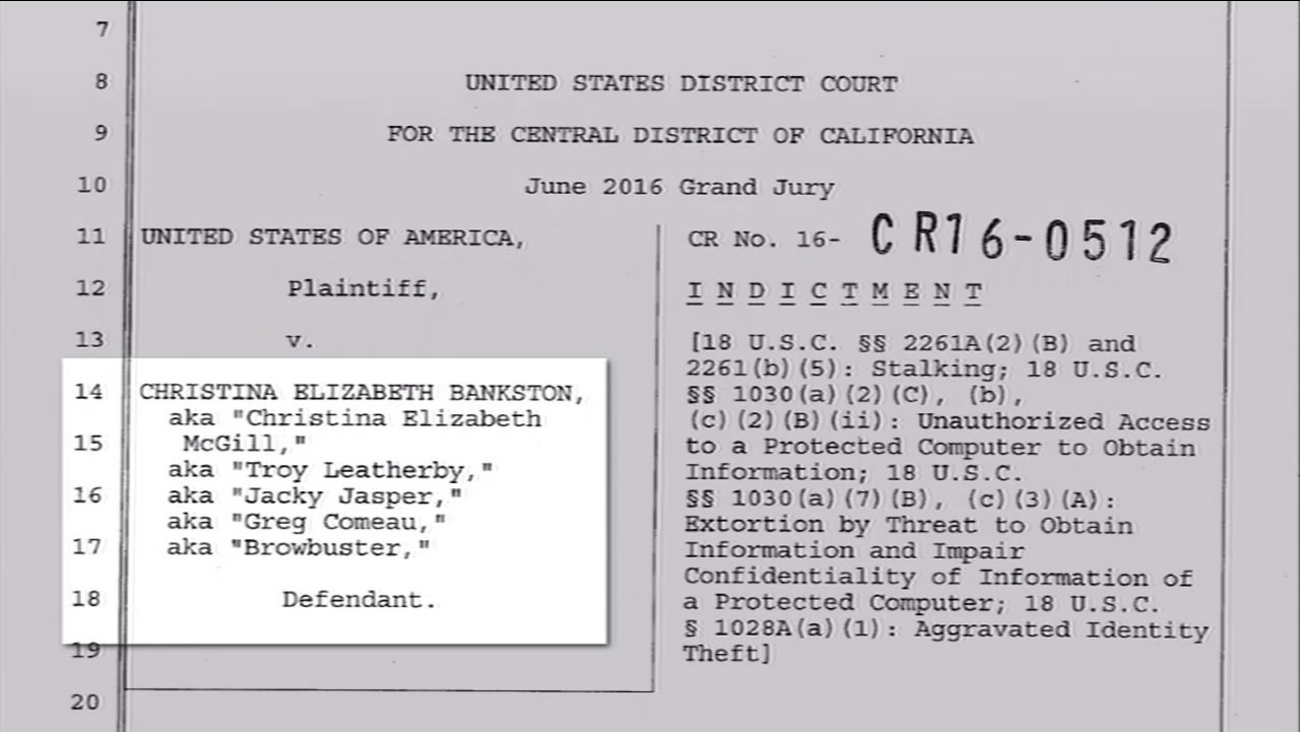 Neighbors say FBI agents were at the Newark home Thursday and arrested the nursing assistant and charging her with cyberstalking a TV reality star.

The feds say "Keeping Up with the Kardashians" star Kris Jenner and her family were stalked and harassed by Bankston for six-months.

A relative shared this clip of Bankston riding a roller coaster, professing her love for Kris Jenner.

According to the 15 count indictment, Bankston used these alias' to contact the Jenner-Kardashian family. First, to allegedly harrass Kris Jenner about a sex tape which she threatened to go public.

Bankston is accused of hacking into Jenner's iCloud account and accessing her email and phone numbers and impersonating the star through calls and texts, telling some she was sick with cancer. Even calling police to say a family member committed suicide.

"Everyone thought I was stalking Kris and had issues with the family, so far from true," Jasper said.