Should a Democrat run in Newsom recall? Cruz Bustamante, who did just that in 2003, says no 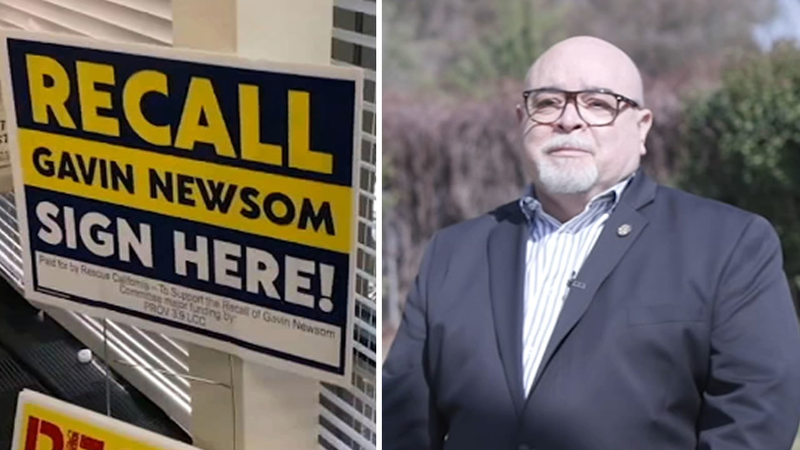 Should a Democrat run in Newsom recall? Cruz Bustamante says no

SAN FRANCISCO (KGO) -- The odds of Governor Gavin Newsom beating the recall election against him, at the moment, seem high. Polls show his approval growing and a majority of voters in California have said they are against the recall.

But there are a number of unknowns that could shake up everything. Among them: Who else is going to jump into the race? And will a prominent Democrat?

A recent survey from the Berkeley Institute of Governmental Studies found that nearly half of Democrats (48%) in the state say they'd want a back-up Democrat on the ballot in the upcoming recall election.

That question -- of whether a prominent Democrat should, or could, get on the ballot -- is déja vu from 2003 when Governor Gray Davis faced the first ever recall election of a sitting governor in California history. The Democratic establishment at the time wanted no other Democrat to jump in the race for the fear it would only take votes away from Davis and encourage people to vote "yes" on the recall. (San Francisco mayor Willie Brown famously held a summit at the time where this was decided.)

But not everyone in the party agreed with that strategy, including then Lt. Governor Cruz Bustamante, who became the first prominent Democrat to throw his hat into the ring. Bustamante, who ultimately came in second in the recall following Gov. Arnold Schwarzenegger, was of the camp that believed Davis was going to lose and so another Democrat should be on the ballot as a back-up.

Now, nearly 20 years later, ABC7 News spoke with Bustamante about his decision to run in 2003 and whether he believes another Democrat should make the same choice now. The short answer to that question? No.

"One could draw a conclusion that while they are mirror images, they're not," Bustamante said of the Davis and Newsom recall elections. "Gray Davis was polling in the 30's and Newsom's polling in the 50's. That's a huge difference."

"There's no one that's needed in this particular situation to protect our state, because the governor is going to beat this recall handily," he added.

Bustamante stands by his own decision to run in 2003 saying he was doing just that: "Trying to protect the state" from a Republican. He says he has no regrets.

"You didn't have Arnold, me and the governor on the ballot running against each other," Bustamante said, referring to the recall ballot which first asks voters if they want to recall the governor and then asks voters who they would want as a replacement should the recall pass.

"If he hadn't been recalled, there would have been no counting of the other votes. I wouldn't have gotten one vote," he said.

Former Governor Davis has a different take on what happened.

To this day, Bustamante's decision to run still frustrates many in the Democratic establishment. "He suddenly became a pariah in the party to many people," explained Former Davis press secretary Steve Maviglio.

Newsom's allies have been using the story of Bustamante to discourage Democrats from running.

MORE: What does it take to run in the California recall? A few thousand dollars, some signatures, and a dream

"With all due respect to the former Lt. Governor Cruz Bustamante, if they would like to follow his career path post-2003, by all means," Democratic strategist Katie Merrill said during a panel for the Sacramento Press Club when asked about another Democrat jumping into the race.

"It's not a pathway to survival and relevance to put yourself on the ballot in the second question," she added.

So far, dozens of people from all parties have filed to run in the upcoming recall election, but no prominent Democrat has made that leap. Still, there has been speculation about potential candidates that could. Will former LA Mayor Antonio Villaragosa? What about Tom Steyer?

Bustamante said he knows exactly what he would tell any potential Democratic candidate who called him for advice.

"You have to do this for a very specific reason. Either, it's in your own self interest to do it and if you want to pay the price to do that, then who am I to tell you not to run?" he said. "But I'm gonna do everything I can to convince them that now is not the right time to run, and that we have a very viable candidate in Governor Newsom."