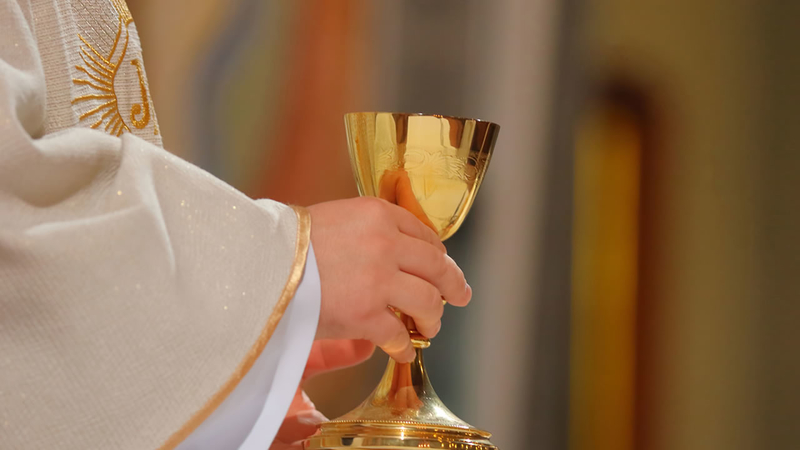 OAKLAND, Calif. -- Calling it an "act of contrition," Diocese of Oakland leaders on Monday named 45 priests who have been credibly accused of sexually abusing children over the past six decades.

Bishop of Oakland Michael Barber said his first reaction to seeing the list was one of deep shame.

"These are monstrous crimes, committed by priests who are supposed to model virtue and grace, not sin and harm. By publishing this list, I am making an 'Act of Contrition' on behalf of my Church," Barber said Monday in a letter to parishioners.

The bishop said he had met with survivors of priest abuse and witnessed the damage and devastation to those affected. The diocese has renewed offers of counseling, therapy, support and outreach to victims of abuse by clergy, he said.

"The needs of victims and survivors, and the protection of children and vulnerable adults is our first priority," Barber said.

The Oakland diocese spans Alameda and Contra Costa counties, with an estimated 500,000 Catholics in 84 parishes.

There are currently has 120 priests in the diocese and anyone who works with minors -- whether clergy, lay employee or volunteer - is required to undergo a criminal record check, Barber said.

In addition, those who work with children must receive training in recognizing predatory behavior and how to ensure safe environments for children. The training is required every three years, Barber said.

Diocese leaders said there has been no credible incident of abuse of a minor by a priest or deacon of the Diocese of Oakland since 1988.

The list includes priests, deacons and religious brothers credibly accused of sexual abuse, who have lived in the Oakland diocese going back to Jan. 13, 1962, when the diocese was founded.

Among 20 priests of the diocese who are credibly accused, 14 are dead. The remaining six men are not functioning publicly as a priests, diocese leaders said.

One is excommunicated and one is laicized; both are no longer affiliated with the Diocese of Oakland The other four have been directed to lives of prayer and penance. The Diocese is providing minimal sustenance for them and any retirement benefits required by law, Barber said.

The list will be updated as needed, diocese officials said. The release of names is one step in the diocese's efforts to investigate past abuses and bring justice to survivors, said diocesan Chancellor Steve Wilcox, who was appointed by Bishop Barber to review files and compile the list.

The Oakland Diocese was one of the first in the U.S. to work with clergy sexual abuse survivors and to develop support systems, going back to the 1990s.

The No More Secrets group was formed in 2002, preceding the US bishops' Charter for the Protection of Children and Young People. The group meets the first Saturday of every other month. Its next meeting is scheduled for April 6, 11 a.m., in the Santa Maria Parish Library, 40 Santa Maria Way, Orinda.

The list of names and facts regarding the Diocese's efforts to protect children and support survivors can be found at here or at the diocesan newspaper's website, www.catholicvoiceoakland.org.

The list was also published in the Feb. 18 issue of the diocesan newspaper, the Catholic Voice, and distributed to parishes and Catholic schools in the Diocese, in English and Spanish.

Anyone with information concerning an allegation of sexual misconduct by a clergy member or any diocesan employee should contact the local police and the chancellor for the Diocese of Oakland, Stephen Wilcox, swilcoxoakdiocese.org or 510-267-8334.