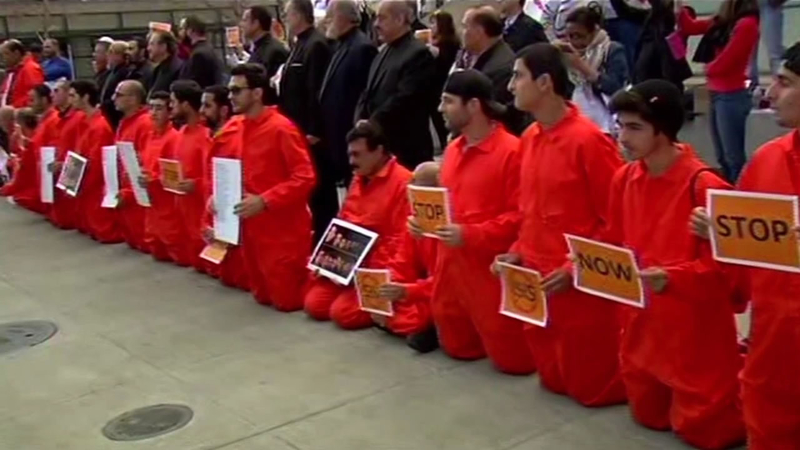 This is the latest effort by Assyrian Christians and their Bay Area supporters to raise awareness about the attacks on their community in northern Syria by ISIS.

Dozens turned out for the demonstration. Several men dressed in orange jumpsuits in solidarity with the 21 Coptic Christians who were beheaded in Libya this month.

This week, more than 200 Assyrian Christians in northern Syria were kidnapped by ISIS militants and feared to be held as slaves or hostages.

This group is showing their support for their communities in the danger zone.

Some have family there.

"What we want to convey is, you have people within the U.S., these people, most of them come from you, from the Middle East. And we are doing all of our best to support you," said event organizer Father Fady Chidiac.

This group is also calling on the the U.S. government to do something to help.
They want the military to consider arming Assyrian Christians in Syria and their Kurdish allies in Iraq. They're hoping the U.S. will pressure countries like Turkey to allow refugees fleeing ISIS to seek safety there.

Last night an Assyrian church in San Jose held a prayer vigil for the people who were kidnapped by ISIS. They're planning a larger event in April.
Related topics:
religion & spiritualitysan franciscoisishostageprotestiraqmilitarygovernmentu.s. & worldsyria
Copyright © 2021 KGO-TV. All Rights Reserved.
RELATED 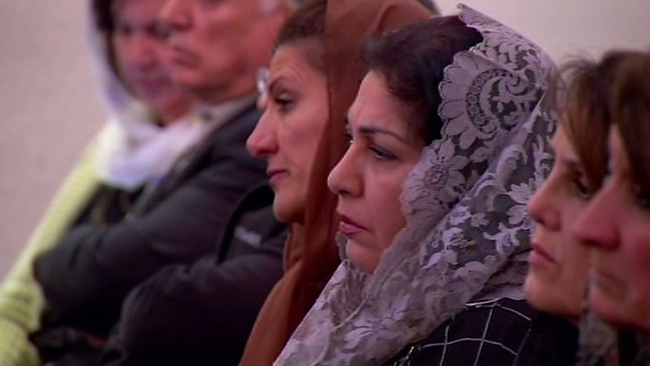 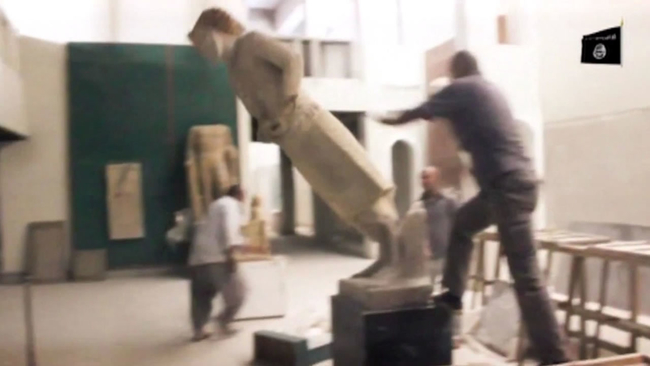