Police investigating after woman struck by bullet while driving in Richmond 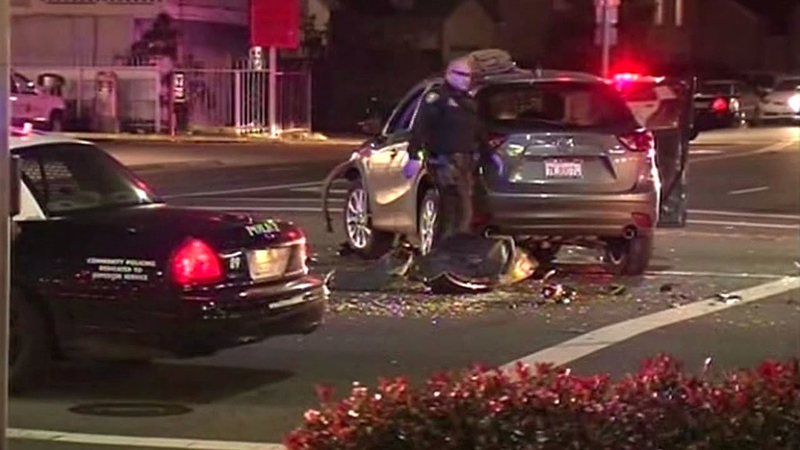 Woman struck by bullet while driving in Richmond

RICHMOND, Calif. (KGO) -- A woman was hospitalized after being struck in the face by a bullet while she was driving near 23rd Street and Cutting Boulevard in Richmond Saturday night.

Richmond Police said she was an innocent victim and they are now searching for the suspect accused of firing gunshots in the area.

A lot of people in the community are shocked and sad for those who knew Claire Dugan, 52, who was an elementary school teacher.

Landlord and friend Winifred Hess said Dugan's passenger called her. "She was saying that Claire had been shot and they were at the hospital," Hess said.

Police said Dugan was driving when she was shot and then collided with another vehicle. "Shocking, I mean this doesn't happen to you or people you know," Hess said.

People held a rally as they held signs that read "Peace for Richmond" and "Enough is Enough" Saturday night.

This was the second shooting in the area. Earlier in the afternoon, Richmond police said there was a shooting and collision on westbound Interstate 580 near Regatta Boulevard.

Detectives are investigating if there is a connection between the two incidents. "There are people out there all the time that are doing this I don't understand them," Hess said.

Richmond police told ABC7 news the victim in the earlier shooting appeared to be targeted. They said Dugan was an innocent victim.

Richmond police said they have no suspect information at this time.