KGO
By by Nick Smith and Alan Wang 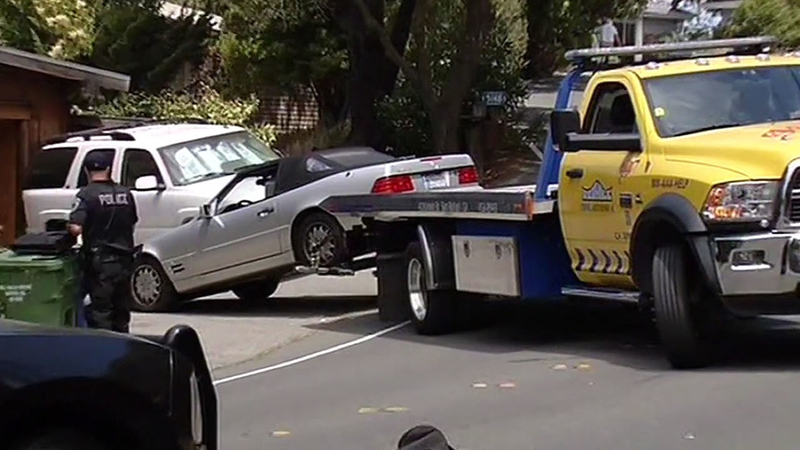 CORTE MADERA, Calif. (KGO) -- A 69-year-old man is in serious condition after a road rage incident in Marin leads to gunfire. This happened in Corte Madera on Paradise Drive.

Police have identified 71-year-old Corte Madera resident James Stephen Simon as the shooter. He is a family doctor who lives a mile from the shooting victim, who is a retired mortgage firm owner.

Simon was arrested and booked into Marin County Jail for assault with a firearm. Police say they do not believe Simon was in fear for his life when he fired the shots.

"I called my wife and said, 'Turn on the news. I guarantee you it's Jim Simon that had the problem,' and boom sure enough..." former neighbor Eric Alexander said.

Alexander says he knows the man police say fired two shots in the torso that left the driver of a silver Mercedes seriously injured. Police interviewed him because the man they're accusing of pulling the trigger was once his neighbor.

Central Marin police officers and crime scene investigators swarmed a house on Paradise Road after receiving multiple 911 reports of shots fired. The first units to arrive quickly determined this was not a break-in as callers had reported, but something more.

Cusimano said, "The homeowner attempted to close the garage door and the Tiburon driver pulled in behind him and the door closed on the driver's hood."

An argument ensued and shots were fired.

"The homeowner fired the rounds at the driver. The Tiburon resident, we know, was shot in the torso and possibly the leg, he's right now in serious condition at Marin General Hospital," Cusimano said.

Police have not identified the victim, but have confirmed they recovered a .357 revolver owned by Simon and that the only one to fire shots was the 71-year-old homeowner. The only person hit was the 69-year-old driver of the Mercedes.

"There was a moment in time where Mr. Simon was safe in his house, secure in his house with access to cell phones and telephones to call 911. He was armed with a handgun. No one was attempting to enter the residence at that time," Cusimano said.

What wasn't immediately clear to investigators is if the victim was inside or out of his car at the time he was shot.

Still, some say this is not at all surprising to those who say they themselves have had run-ins with the shooter.

"This is my experience. I didn't have any physical altercations, but I can tell you from his personality and behavior, he's an angry little man," Alexander said.

Police say both men are cooperating with investigators and that the shooting victim, though badly hurt, is expected to recover from his injuries.

Police say both men could be charged with reckless driving.

After our story aired a lawyer for Smith emailed us this response:
"This is a clear case of self-defense. I am confident that the facts will ultimately prove that Dr. Simon was in fear for his life and the life of his wife. He acted solely in self-defense. The other driver chased Dr. Simon and his wife down their driveway and even drove his car into the garage while Dr. Simon was attempting to close the garage door behind him. Dr. Simon and his family sincerely hope the other driver recovers."
Related topics:
societycorte maderatiburonmarincrimeshootinghomeownersroad ragedriver
Copyright © 2021 KGO-TV. All Rights Reserved.
TOP STORIES
Signal jammer suspected as burglars fool Nest security camera
Man punched in the face in brazen attack at SF bus stop
Warriors Basketball Academy offering interactive workouts in Oakland
Air quality advisory extended through Monday due to wildfire smoke
Beloved SJ film developer's business in jeopardy after flood
San Francisco Giants first in MLB to reach 100 wins
Race to score COVID booster shot appointment begins in Marin Co.
Show More
Bay Area nonprofit closing digital divide with pNFT series
Wildlife experts offer tips after coyote attacks in Danville
Man attempts to storm cockpit, strangles attendant on JetBlue flight
Dozens protest new San Jose vaccine mandate for city employees
Are you considered 'high risk' to get a COVID booster shot?
More TOP STORIES News