The CEO and the employee: How an SF company is working to protect workers in Ukraine 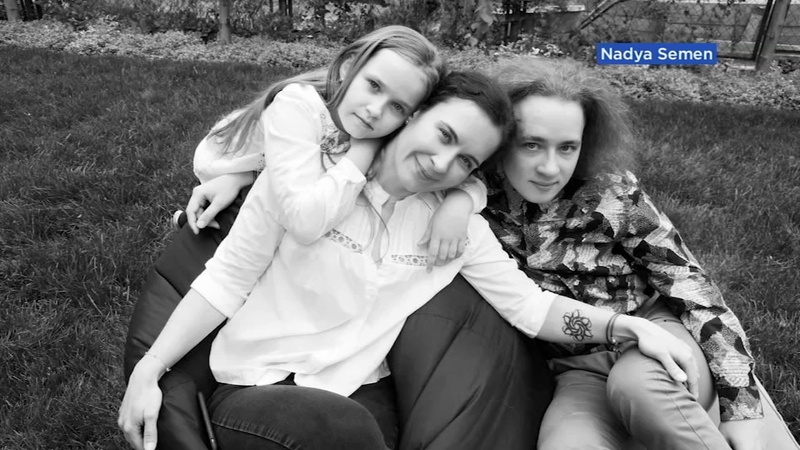 SAN FRANCISCO (KGO) -- As tensions rise along the Russian border with Ukraine, this is not a wait and see situation for Bay Area companies who have employees working in Ukraine. Some are being moved away from the Russian border.

Ukraine's 41 and a half million people are well aware of the military buildup along its eastern border with Russia. The threat is a big concern for San Francisco's JustAnswer. One-third of its workforce -- 252 people -- live in Ukraine.

"A lot of our engineering, a lot of our critical functions are done there," said CEO Andy Kurtzig. "So it's very scary, and even more scary on a personal level because these are all our friends."

We connected with Nadya Semen, JustAnswer's country manager based in Lviv near the border with Poland. She believes Russia has already initiated cyberattacks.

"We are experiencing a set of cyberattacks on different websites and banking system and some governmental websites were down. So it's weird," she said.

She has an 18-year-old son and an 11-year-old daughter. Their safety has already been threatened.

"Two times during class for weeks, I had to pick up my kid from school because someone called that there is a bomb in the school," she said.

JustAnswer has developed its own action plan. It puts the current threat level at moderate to high because of some military activities. As the threat rises to high and to realized threat, that will initiate more action to protect its workers.

"We are moving people from the east to the west as we speak and give them time of and putting them up in hotels and then actively helping them move across the country from the more dangerous parts of Ukraine," CEO Kurtzig said.

Stress levels are rising. School children are drilled about evacuating to shelters, which frightened Nadya's daughter.

Ukrainian living in the Bay Area are watching the situation back home with a lot of stress, as their homeland is on the brink of a possible invasion.

"She was stressed by that, so she was asking me, 'When are we supposed to expect the real worst to come here? So why are Russians doing this? Why people are starting to worry? I really can be killed now?'"

Andy Kurtzig and his family lived in Ukraine for six months in 2019, prior to the Russian threat. The people and the culture of Ukraine captivated them.

"We love them," he said. "We've been working with them for a long time, and we're committed to them."

As part of that commitment, Kurtzig said he has made arrangements to be able to pay them from Poland, even with cryptocurrency if necessary. He is also supplying them with satellite phones and alternatives if the internet or electricity is lost.