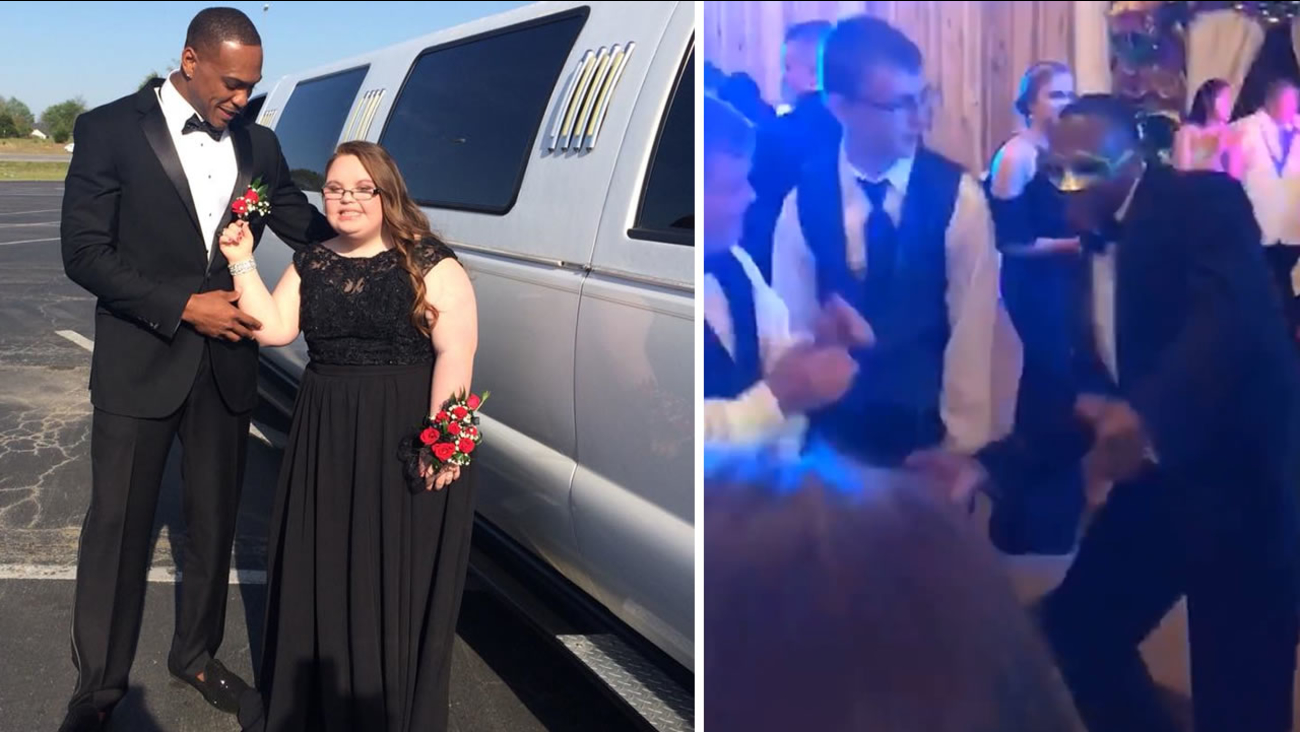 MOULTON, Ala. (KGO) -- A special-needs student had a one-of-a-kind prom date when an NFL player returned to his home county in Alabama to take her to the dance.

Don Jones is a 27-year-old defensive back for the San Francisco 49ers who is from Lawrence County. He tells WBRC-TV it was a "blessing" to go to the prom Friday night with 18-year-old Lindsey Preston, who has Down syndrome.


Jones is a family friend. His mother taught Preston in elementary school.

"Anything I can do to make some kids smile, I would be more than willing to do," Jones told local media. "I think the most fun was all of the guys, I showed the guys about five or six new dance moves...all of the guys followed me around all night and I was just glad I could dance and put smiles on the kid's faces."

Preston's mom, Kristi Martin, tells The Associated Press that Jones danced with all the students and "made everybody feel special."

This will be Jones' second season with the San Francisco 49ers. He is currently recovering from an ACL sprain.

Click here to see Jones bring smiles and break it down at the prom with his date and other special-needs teens.

Click here for more from the San Francisco 49ers on Jones' prom visit.