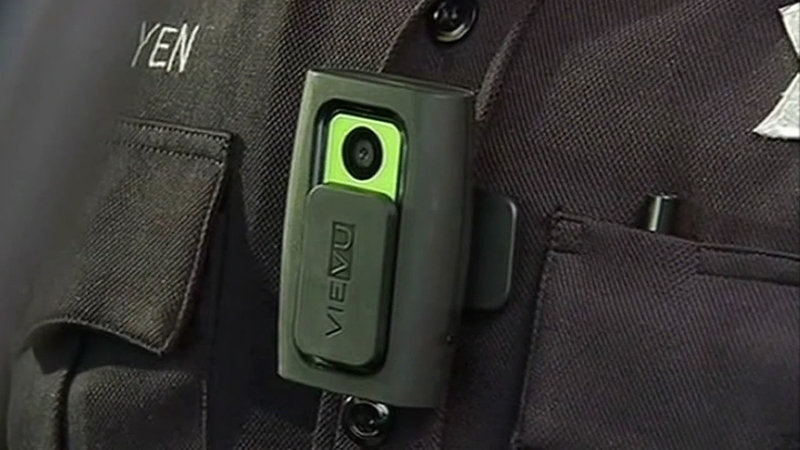 MARIN COUNTY, Calif. (KGO) -- Here in the Bay Area, many smaller law enforcement agencies have body cameras, but only one of the three largest police departments has equipped its officers with them.

In June of 2009, 64-year-old Peter McFarland was tased repeatedly by a Marin County Sheriff's deputy after he refused to be escorted to a hospital. McFarland sued the county charging excessive force. He ultimately settled the case for almost $2 million. His attorney says the video said it all.

But many police agencies like the cameras because it can protect officers from false charges. Oakland police say they were one of the first and largest police departments in the country to use body cameras. So far, some 460 cameras have been issued to officers working on the streets.

San Jose police, on the other hand, have yet to equip its officers with body cams, even after several pilot programs over the years. They hope to start later this year.

But San Francisco's experience is perhaps indicative of what many police departments are going through - no officer wears a body cam. The department received a grant two years ago that paid for a pilot program. They bought 165 body cams at $700 apiece, but they found administering the cameras would be an added, costly expense.

"It has to be kept someplace that's safe, the integrity of the files, the evidence has to be maintained," SFPD public information officer Sgt. Mike Andraychak said.

The SFPD now has grant money to cover all that, but the pilot ends in four years. Then what?

"The bigger picture down the road is future storage of the video files, the data if you will, form the cameras. That could be very costly," Andraychak said.

The SFPD says they're reviewing protocols like privacy issues associated with operating body cams. They hope to implement the pilot program this summer.