San Francisco police say a man who allegedly slammed a bike lock against a car during a Critical Mass ride is wanted in another state on a drug charge.

SAN FRANCISCO (KGO) -- The roommate and friends of a bicyclist who was arrested Saturday night in connection with a violent attack in San Francisco are shocked. Ian Hespelt is accused of slamming a bike lock against a car during a Critical Mass ride last month. Those who know the 39-year-old say he's not a violent person.

Hespelt is being held in custody in San Francisco County Jail. ABC7 News has learned that he has a felony warrant out of Washington State on drug charges.

Officers say they recognized the suspect because of his distinct handlebar mustache.

Hespelt was riding his bicycle Saturday night outside AT&T Park during a Billy Joel concert when the officers identified him. He was arrested without incident.

The violent YouTube video posted by another bicyclist has gone viral. It was during Critical Mass in late August when a group of bicyclists rode on the wrong side of the road in the Marina District.

The cyclists moved into opposing traffic about 20 seconds into the video. One of them blocked a Zipcar and stared the driver down. Next, you see the cyclists swarm around the car as the vehicle inched closer and appeared to hit a bike.

Tempers flared and bicyclists yelled at the female driver.

As the car tried to slowly pass by the group, you see a cyclist swing his U-lock, striking the car several times, finally smashing the side window.

The 39-year-old suspect works at Macy's and is said to be active in his union.

His roommate who did not want to be identified told ABC7 News said she was shocked to hear about his arrest.

"I've always known him to have a lot of integrity and respect," she said. "I can't imagine he would go so far to be violent."

Hespelt lives in a three-unit apartment on Howard Street. Other tenants told us they too were surprised.

Fellow neighbor John Chard added, "He's a good neighbor and I'm really shocked that would be him."

ABC7 News has learned that the female victim met with investigators on Monday to tell them what happened and say that she got a good look at the suspect. Officials say she later identified him through a photo spread. 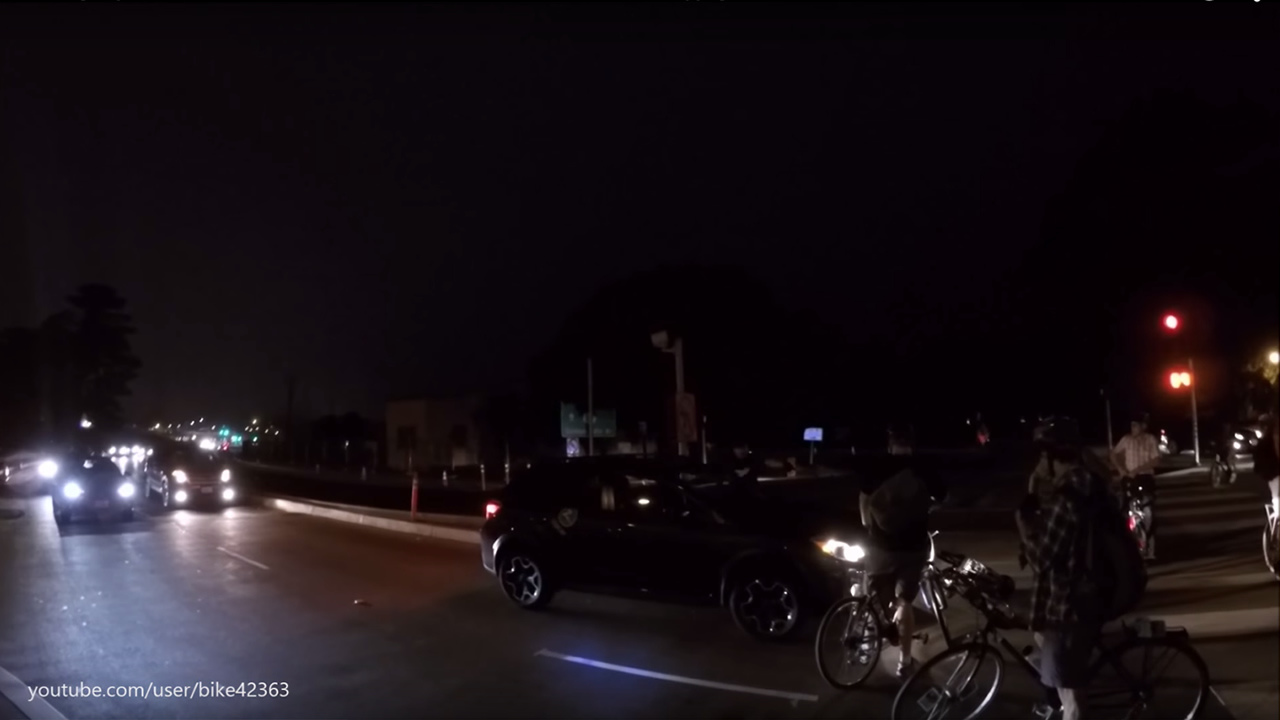