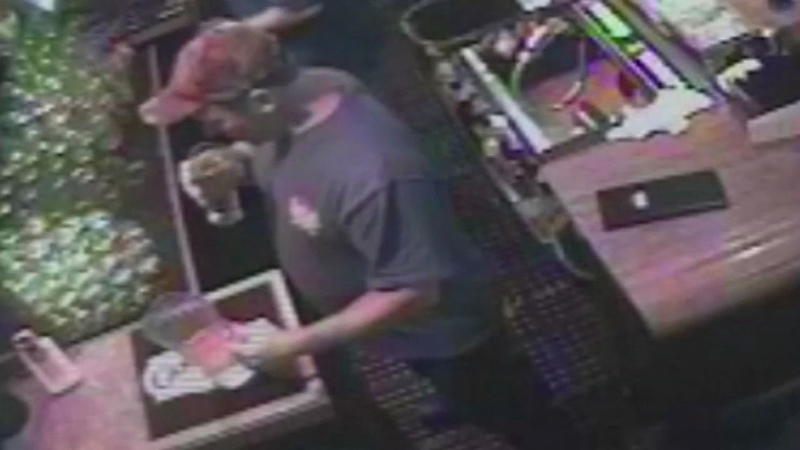 SAN FRANCISCO (KGO) -- A San Francisco fire truck runs a red light and slams into a motorcycle, sending the rider across the street and into a fire hydrant. For the first time, we're hearing from the victim.

Jack Frazier said in a deposition, "I heard him blast the air horn at just about the same split-second the bumper hit me."

And we're finally seeing surveillance video of that fire truck driver chugging pitchers of water in a corner bar right after the crash. Did he have something to hide?

That firefighter has pleaded "not guilty" to DUI charges in this incident -- his next court date is in January. But, this story is based on depositions and exhibits from a lawsuit filed by that motorcycle rider. 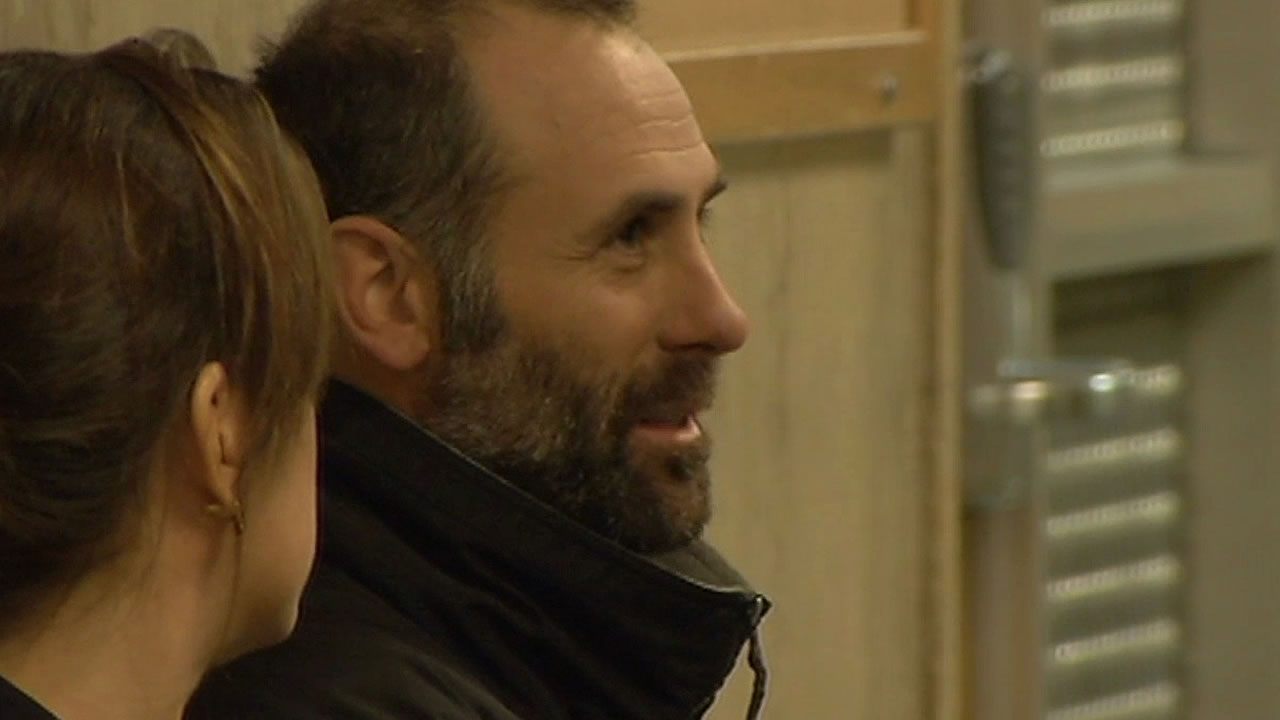 Charges thrown out in SF firefighter hit case
The San Francisco firefighter accused of being drunk and causing a crash had criminal charges against him dropped.

Frazier had the green light on Howard Street that Saturday night in June 2013, when a San Francisco fire truck -- on what turned out to be a false alarm -- ran a red light and slammed into his motorcycle. Frazier slid across the street into a fire hydrant.

He testified in a deposition, "That's what I thought I'm going to die doing -- die on a motorcycle."

Frazier suffered nine broken ribs, a punctured lung, separated shoulder, broken ankle and foot, and his knee had to be pieced back together with plates and screws.

He said in that deposition, "It took me a year to learn how to walk again. I was in a wheelchair for six months."

As part of a lawsuit against firefighter Michael Quinn and the City and County of San Francisco, Frazier's attorney deposed fire department brass who confirmed Quinn broke policy by not gaining control of the intersection before driving through.

The Chieftain Pub is located right at the corner where Frazier came to rest. Its surveillance cameras captured a firefighter handing Quinn a bottle of water -- he downs it while his colleagues work on Frazier. Quinn walks inside the bar and chugs nine large glasses of water -- more than three pitchers worth, and then, throws up in a trash can in the corner.

From Los Angeles, Frazier's attorney, Spencer Lucas, told the I-Team, "There's no way that they can get around the fact that this firefighter was extremely intoxicated and he goes into the bar to purge himself of the alcohol."

In depositions, fire department brass testified they told Quinn he would have to be tested for alcohol, because the crash caused injuries.

Lucas questioned SFFD Capt. Matthew Schwartz ,"After that admonition that he needed to submit to this testing was given, Mr. Quinn went AWOL right?" Schwartz answered, "At some point."

Quinn walked around the corner and disappeared for almost two hours before arriving back at Station One, where he failed three breathalyzer tests administered by fellow firefighters.

It took a police inspector nearly seven hours after the crash to arrange a blood test on Quinn. He was still over the legal limit with a 0.11 percent. From that, the San Francisco Medical Examiner's Office estimated Quinn's blood-alcohol level at the time of the crash.

Dr. Nikolas P. Lemos, Ph.D., FRSC, D-ABFT, the Chief Forensic Toxicologist, testified, "0.11 percent that he had in his blood at the time of the blood draw would put him at the time of the collision at approximately 0.34 percent."

That is more than three times the legal limit. In court records, experts estimated Quinn drank the equivalent of 21 shots of alcohol throughout the day while on duty.

But, in the criminal case, Superior Court Judge Kay Tsenin threw out the test results. The fire department's breathalyzer machines had not been calibrated, and by the time of the blood test at 6:17 a.m., Tsenin ruled, "I don't think there was any probable cause to arrest."

The District Attorney's Office tried to appeal, but the court did not take up the issue. DA spokesman Alex Bastian tells the I-Team, prosecutors are still moving forward with the case: "It substantially weakens the evidence we have in this case, but we feel strongly enough about the underlying charges and are still proceeding with it." 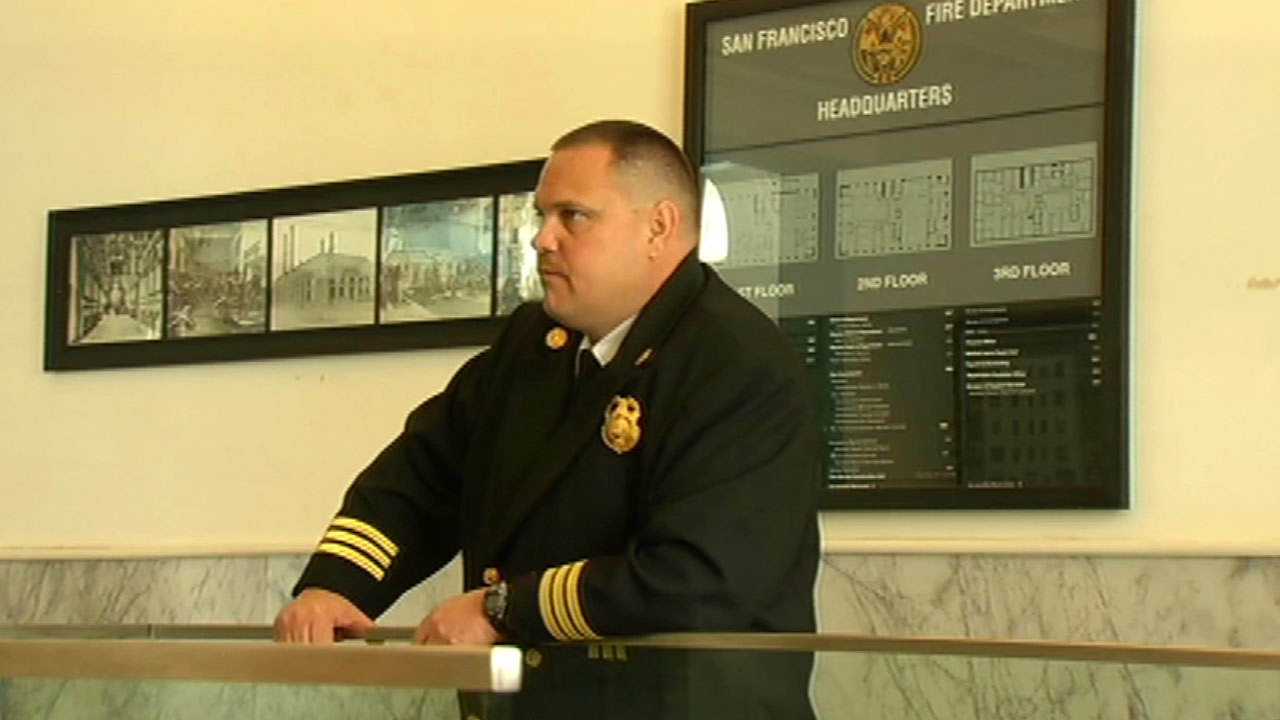 Only On 7: SFFD assistant chief fights suspension
An assistant San Francisco fire chief is fighting a suspension that stems from a crash between a fire truck and a motorcycle last year.

Without the blood alcohol test results, prosecutors tell me they will have to rely on other evidence, including that video of Quinn chugging water. It will also play a major role in the civil case.

Dan Noyes asked ABC7 Legal Analyst Gil Soffer, "What effect will that have on this case?" Soffer answered, "If you have video of the firefighter chugging water, the obvious inference is that he is trying to dilute the level of alcohol in his bloodstream. That's the argument that's going to be made, it's a pretty persuasive one and that makes for a much stronger case for the plaintiff."

Quinn's civil attorney declined to comment for this story, but court documents show he is pursuing a defense of contributory negligence, arguing Frazier had marijuana in his system, and because of that, may not have noticed the fire truck's flashing lights and siren. A car in the slow lane did stop in time, but Frazier continued into that intersection.