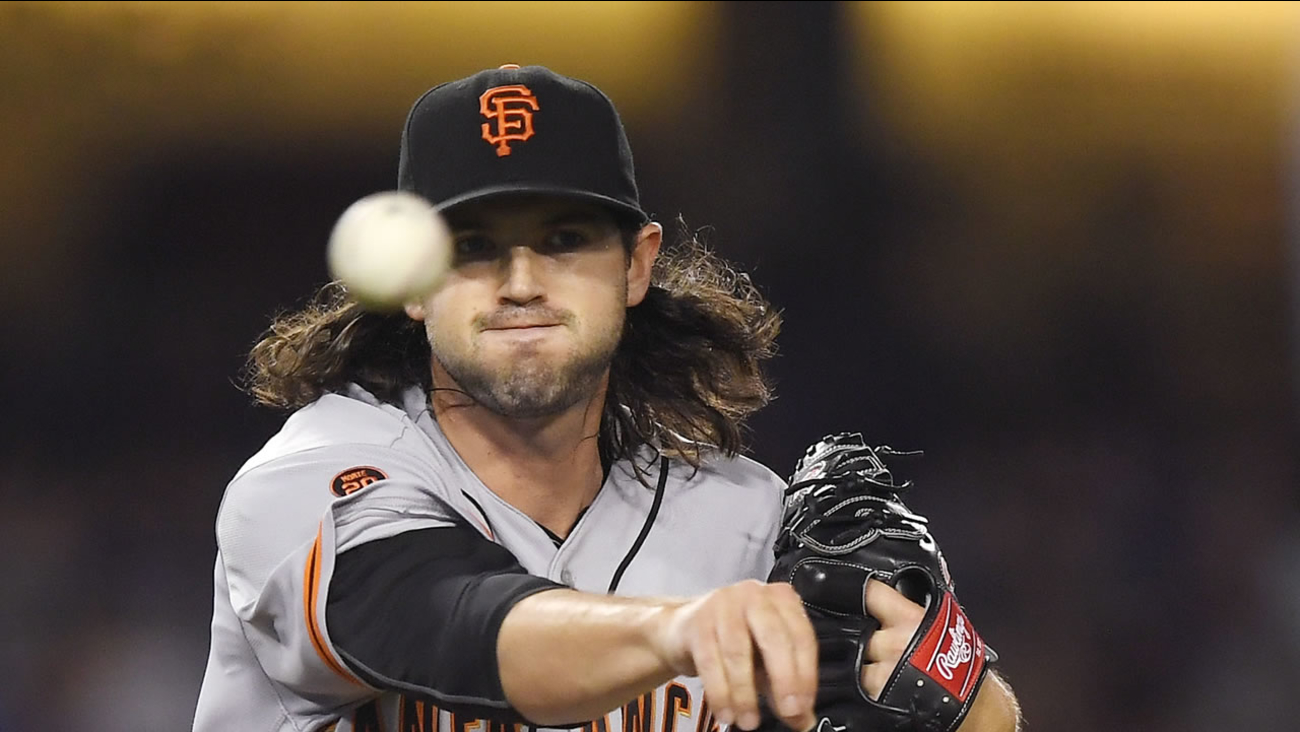 Rob Segedin and Andrew Toles each homered, and the Dodgers extended their NL West lead to two games.

Bumgarner (12-8) is 0-2 with a 5.63 ERA in three starts against the Dodgers this season. Gonzalez hit a two-run single to center with the bases loaded against Bumgarner in the fifth to break a tie.

Kenley Jansen allowed a homer to Denard Span but still got his 36th save.

The Giants' Angel Pagan extended his hitting streak to 19 games.