Some experts say more has to be built into the plan- specifically to deal with those who don't want to be housed.
KGO
By Tim Johns 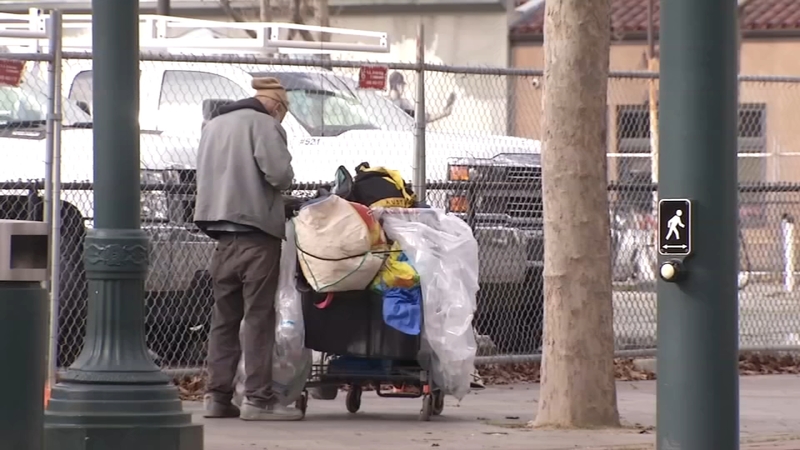 SF proposal would offer shelter to every homeless person in city

SAN FRANCISCO (KGO) -- It's one of San Francisco's most pervasive and omnipresent problems. For years, homelessness has continued to plague one of the world's wealthiest cities.

But on Tuesday, several supervisors put forward a proposal that would provide shelter for every homeless person.

"The trouble is, we have nowhere near enough shelter to offer," said Supervisor Rafael Mandelman.

Mandelman says while the cost could run into the tens of millions of dollars, its ultimate goal, to eliminate homeless encampments on the streets, is worth it.

RELATED: Petition and plea for more shelters in SF for unhoused women

"The biggest challenge that I hear about from my constituents on a daily basis," he said.

But some experts say more has to be built into the plan- specifically to deal with those who don't want to be housed.

"Unless you have the policy adopted with the shelters where it said, 'no we are going to have the police enforce people who don't accept shelter,' I wouldn't even start the process," said Randy Shaw, the director of the Tenderloin Housing Clinic.

Shaw says over the past few decades the percentage of those who want to stay unsheltered on the streets has grown exponentially.

"There's been just a dramatic change. And you have just a much higher percentage of long-term troubled, mentally-troubled, health-troubled, substance abuse-troubled, than we've ever had in the homeless population before," Shaw said.

Mandelman says, if approved, the process would take time.

But he believes once we have enough supply to offer to those most in need, that for those that still refuse, a definitive message needs to be sent.

"We have to be clear that for the folks that are not interested in one of our options, that we really don't have a place for them in San Francisco," Mandelman said.