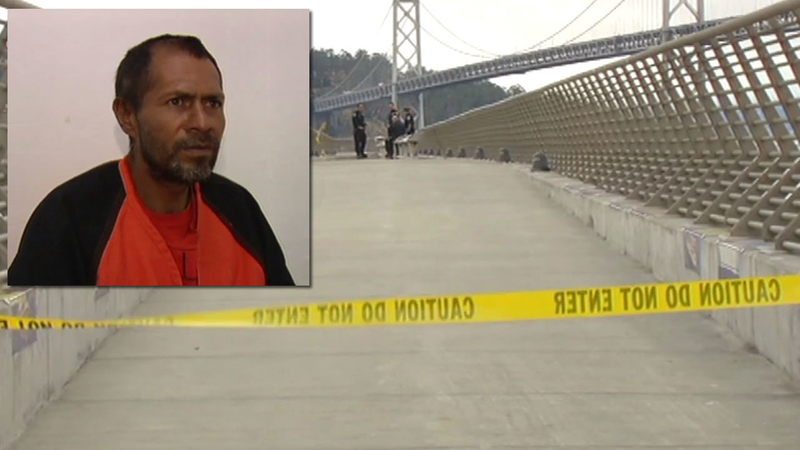 The family of Kate Steinle is on the verge of filing a lawsuit over her murder. The young woman was shot and killed at San Francisco's Pier 14 last month. Among those named in the lawsuit will be San Francisco Sheriff Ross Mirkarimi.

The multi-faceted claim will be filed Tuesday morning against Mirkarimi, who released the accused killer Francisco Lopez Sanchez from his jail. The suit also names the U.S. Bureau of Land Management. The gun Sanchez is accused of using was stolen from a BLM agent's car. The family is also suing U.S. Immigration and Customs Enforcement, also known as ICE.

The grief-stricken mother of Steinle, Liz Sullivan, spoke with ABC7 News about how the family is dealing with their loss.

Since the shooting death of Kate Steinle last month, Sanchez has become the face of the national debate on illegal immigration. Mirkarimi's refusal to interact with ICE has sparked intense controversy in that debate. He's been praised by some and vilified by others.

Sullivan said she blames those who allowed the suspect Sanchez to walk free. "It's something that needs to end. We don't need them here, not violent felons," Sullivan said. "They're violent felons and they're illegal, enough said. It's too late for us, that ship has sailed but we want it for future, possible victims. We've got to put an end to it."

One thing remains the same -- the embattled sheriff has not changed his position with ICE one bit.

"Federal courts have actually held that detaining someone for ICE is unconstitutional, it's unlawful," said sheriff's office attorney Mark Nicco.

In other words, Mirkarimi continues his policy of refusing to hold ICE detainees after their release from San Francisco County Jail.

San Francisco's sanctuary related ordinance says the sheriff can comply with federal detainers if the person was convicted of a violent felony or currently faces a similar offense.

Mayor Ed Lee, in a letter to Mirkarimi two weeks after the murder, urged him to rescind his policy of not even notifying ICE that a detainee was to be released.

The sheriff's policy is that even such casual notifications violate the city's due process law.

"If we're not honoring ICE holds but out the back door calling ICE to come pick somebody up, I think that's a complete contrast to what the due process for all law is," Nicco said.

Other Bay Area county sheriffs have agreed to notify ICE when inmates are flagged by the agency for possible deportation.

San Mateo's policy, for instance, changed after Steinle's death. Once an illegal immigrant is booked into county jail there, deputies will notify ICE.

"We will then send to ICE the release date of that person if they're sentenced and in custody," said San Mateo County Sheriff's spokesperson Deputy Sal Zuno. "It's up to ICE then for them to come up and pick up that person."

The Steinles and their attorneys will hold news conference Tuesday at 11 a.m.