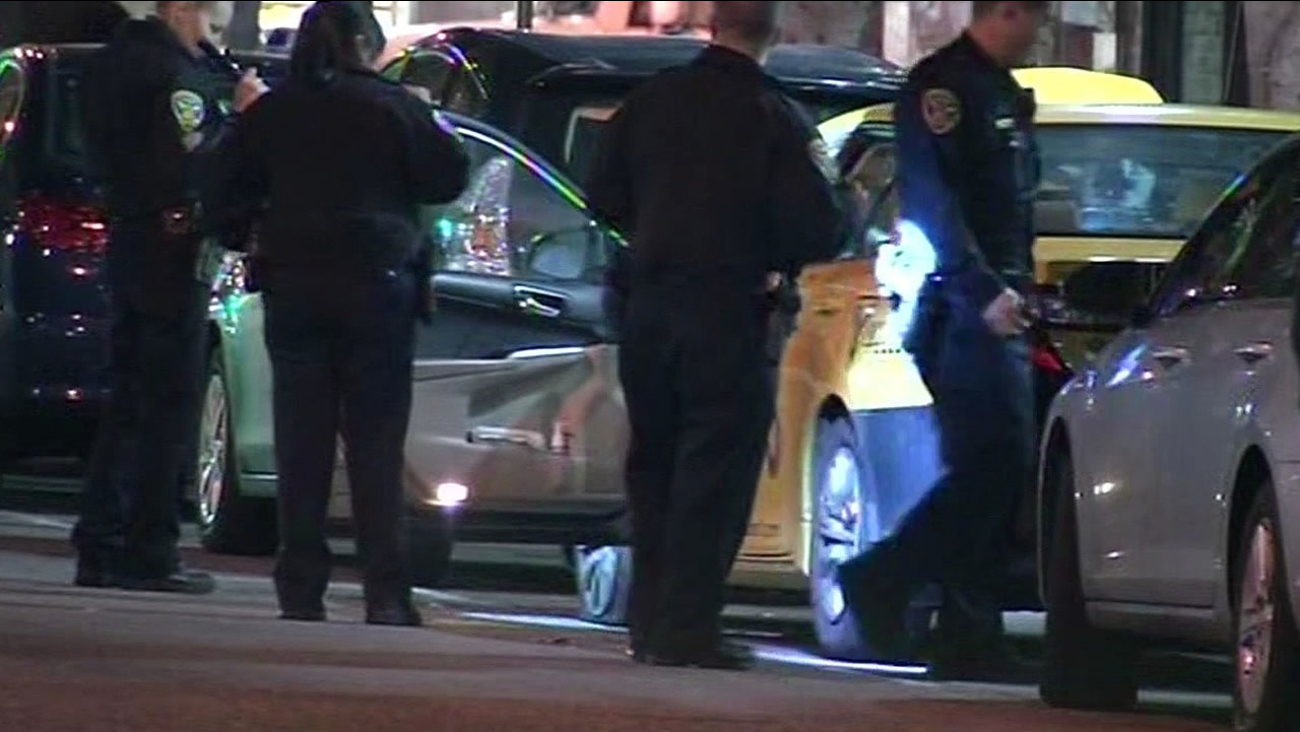 A taxi cab driver was injured when he was caught in the midst of a shooting between two men in San Francisco's Western Addition. (KGO-TV)

SAN FRANCISCO (KGO) -- Police are looking for two gunmen after an innocent bystander was hit in a shootout on Thursday night.

It happened around 9:20 p.m. on Fillmore at Turk in the city's Western Addition neighborhood, across the street from Northern District police station.

The shots came from near the McDonald's down the street.

ABC7 News has learned two people were firing at each other.