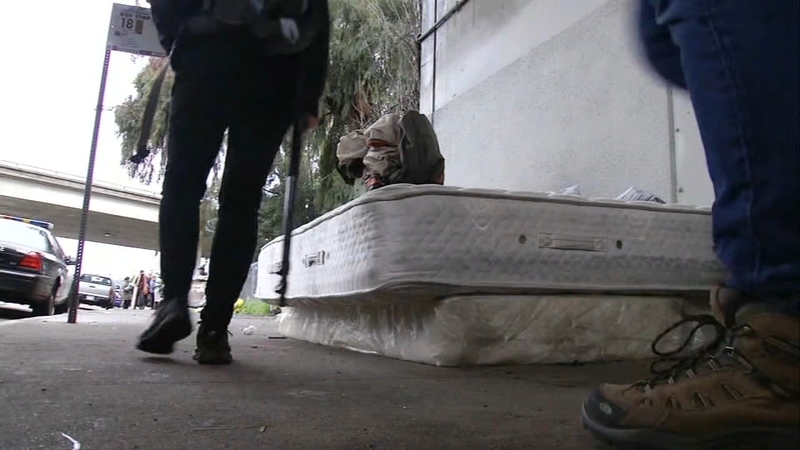 SAN FRANCISCO (KGO) -- Today Mayor London Breed announced a proposal for a new street response team that will provide medical and social service help for people who require immediate assistance, but do not have emergent behavioral health care needs.

This proposal is part the City's effort to "implement alternatives to police responses to non-violent calls."

One of the highest number of calls San Francisco police officers respond to are "well-being checks," according to the city's data close to 18,000 calls in 2019.

"The law enforcement officer would find out that they actually need medical care or they are experiencing a behavioral emergency," said Lieutenant Jonathan Baxter with the San Francisco Fire department.

Monday, Mayor London Breed announced a proposal for a wellness response team that would work alongside the current street crisis response unit. This team will focus only on wellness checks.

The Street Wellness Response Team will consist of community paramedics and EMTs from the San Francisco Fire Department and Homeless Outreach Team members from the Department of Homelessness and Supportive Housing.

VIDEO: Security cut at half the major parking garages in SF amid uptick in car break-ins
EMBED More News Videos

In an effort to cut costs, San Francisco is temporarily cutting security services in half of its high-volume parking garages.

San Francisco's Coalition on Homelessness says this proposal is a start but doesn't go far enough.

"It goes a little ways in that it removes some police response to homelessness, but we've been working in a large community collaborative trying to develop an alternative to the existing situation of criminalizing homeless people," said Jennifer Friedenbach, Executive Director of the SF Coalition on Homelessness.

Friedenbach says the city needs to expand this proposal and engage with community advocates to work together.

RELATED: Resources for getting help with mental health issues

"When somebody is in crisis the thing that matters the most is having someone that they believe authentically A. is listening and B. Understands them," said Cat Brooks, Executive Director of the Justice Teams network.

Brooks believes a phone number different from 911 along with community member responding to those calls should be the framework other cities use.

"We've been overwhelmed by the community's response. The phones ring when we are open and when we are closed. We are responding as quickly as we can," said Cat Brooks, Executive Director of the Justice Teams network.

If approved the first wellness response team will be deployed by January of next year. The Mayors goal is to have 5 teams. The cost 9.6 million dollars.