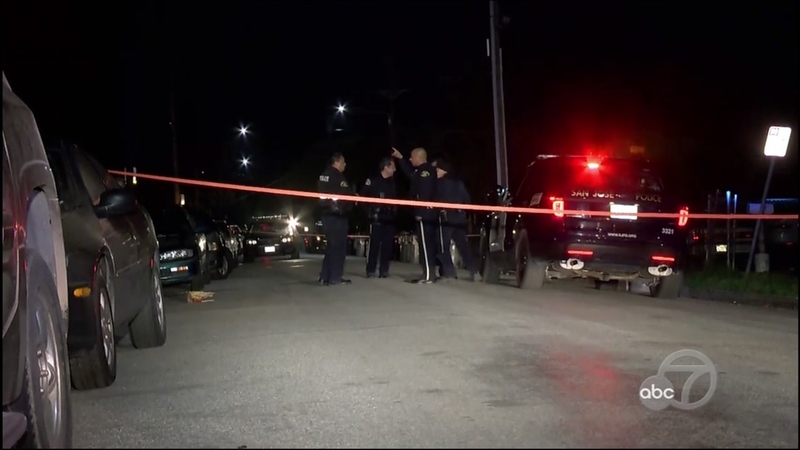 ABC7 News spoke with a family member on the scene.

"I heard that two people tried to break in there and they had guns and they shot my stepson and his friend, each in the leg," said Scott, father of victim.

Officers found the two victims with at least one gunshot wound each. They were taken to the hospital. Police say they have non-life threatening injuries.

Police say two men broke into the home armed with handguns. They exchanged words with the people inside the home and shots were fired. The shooters took off and haven't been caught. Police have not released any descriptions of the suspects.