Police are investigating after friends found Golam and Shamima Rabbi dead inside their San Jose home along with a disturbing message Sunday.

SAN JOSE, Calif. (KGO) -- Police are investigating after Golam and Shamima Rabbi were found dead inside their San Jose home Sunday by friends who came to check up on them.

Friends said the Rabbi's left Bangladesh decades ago, and since then have cultivated a nice life in the United States.

Golam was an engineer, and his wife was an accountant.

They were said to be humble, polite and peaceful people.

"So that's why it's so difficult to reconcile to the tragic, violent end to such simple, gentle souls," Evergreen Islamic Center member Hasan Rahim said.

A group of friends entered their home on Sunday through an unlocked sliding glass door when they hadn't heard from the Rabbi's for days.

A source told ABC7 News off-camera they found a gruesome scene as their bodies were found on the hardwood floor along with a message written in ink reading: "Sorry, my first kill was clumsy."

Members of the Evergreen Islamic Center are trying to make sense of it all.

The Rabbi's lived close to the mosque and were devoted members. "We are surprised that they are no longer with us and especially going away in such a manner is something we just can't come to grips with," Evergreen Islamic Center member Faisal Yazadi said.

Friends said fortunately, the couple's sons, ages 17 and 21, were not at home during the murders.

Police said their parents were shot at least once, but said they have no information on a suspect or motive at this time.

Anyone with information is urged to call police. 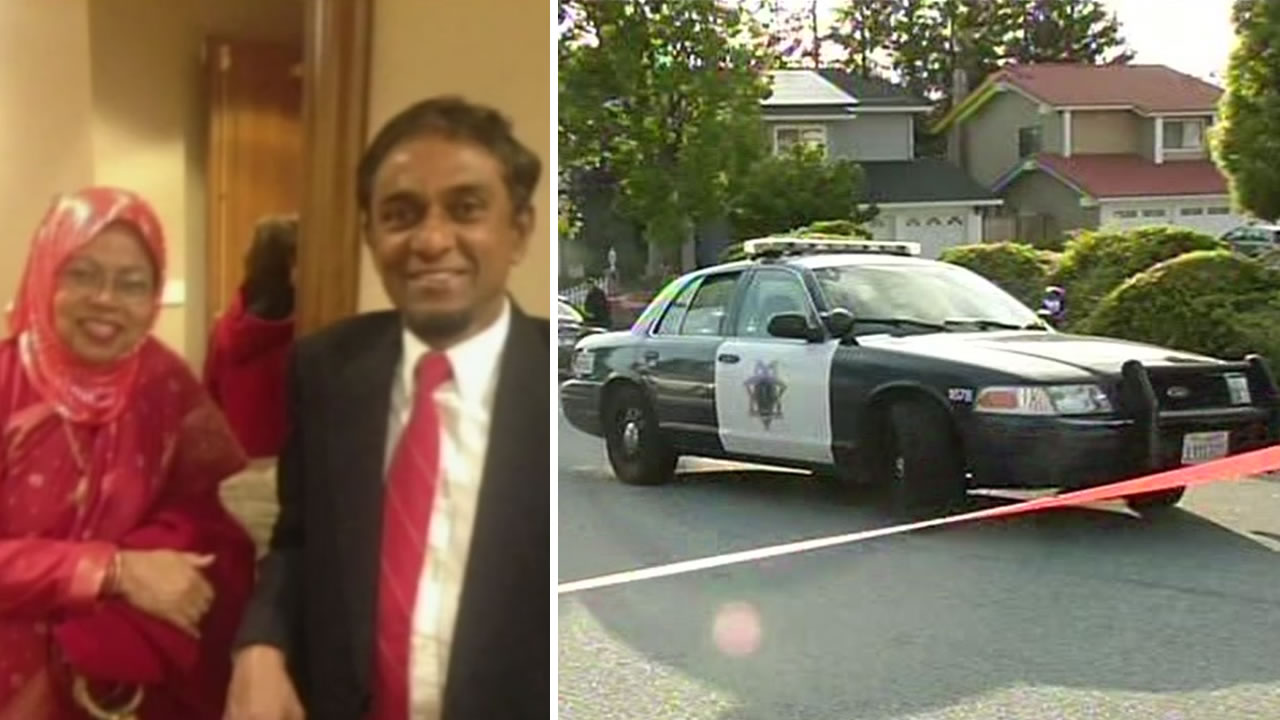