2 alleged shoplifters in custody after shooting at Walmart

KGO
By by Ellisa Harrington and Amy Hollyfield 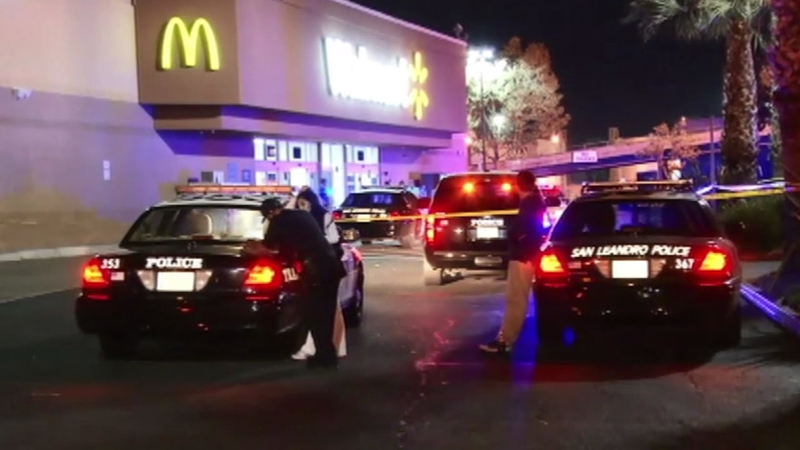 SAN LEANDRO, Calif. (KGO) -- Two alleged shoplifters have been detained after police say they opened fire on store security guards who were trying to stop them. It happened at the Walmart on the 1900 block of Davis in San Leandro.

At least one person was hurt during the incident, which started around midnight. Witnesses say two men attempted to shoplift at the counter when a loss prevention officer tried to stop them. Witness Edgar Vega say one of the suspects started shooting inside the store.

Police accuse one of the two suspects of pulling a gun from his waistband and shooting several times into the store which had customers and about 15 employees inside. No one was hit by gunfire, which police say was incredibly lucky.

Investigators say the men were spotted on store surveillance hiding merchandise under their clothing and attempting to leave the store without paying. Security guards in plain clothes approached them and that's when the gun came out and shots were fired. When San Leandro police arrived, it was still an active scene but customers had managed to find safety.

Walmart has released a written statement saying, "We are very thankful that our customers and associates are safe this morning. We are still gathering information and we are working closely with police at this time."

Some customers told ABC7 News it is disturbing to hear this happened. One man said maybe it's time to consider metal detectors at the store's entrance.

Police have not released any information about the suspects who they believe did this, only that they are between the ages of 18 and 39.