Witnesses: Cadillac was speeding before plunging into Monterey Bay

A man died and another is in critical condition after their car plunged into Monterey Bay Saturday night. Officials said it's unclear at this time what caused the driver to crash.

SANTA CRUZ, Calif. (KGO) -- Officials are investigating after a man died when the car he was in plunged into Monterey Bay Saturday night. Another man inside the car survived despite being submerged in cold water for over 20 minutes.

"We heard a crash and people started screaming to call the police," one witness said.

A white Cadillac was pulled from water below the Santa Cruz wharf at 8:20 p.m. on Saturday. "We knew something major was happening you know, we didn't know until today someone lost their life, very sad," tourist Billy Pewtner said.

Divers soon found the car at the bottom upside down. "It was remarkable what they did, especially considering that they did it with no scuba tanks, I mean they were going 25 feet down searching for 30, 40 seconds coming back up, taking a big gasp of air and going back down," Ditano said.

The driver of the car was cut from his seat belt and pulled to the surface 28 minutes later. He was still alive, but the passenger did not survive.

One witness who preferred to remain anonymous said the car barely missed four people walking together. "There was definitely a family there, super frightening, could've been hit," one witness said.

Witnesses said the Cadillac was driving too fast down the wharf when it suddenly jumped a curb, crashed into a guardrail and plunged into the water. "It was frightening almost. It was like, 'why are these people driving so quickly in an area where there are tons of pedestrians,'" one witness said.

The survivor of the crash is in critical condition on life support at a local hospital.

Investigators say it is unclear what caused the driver to crash. 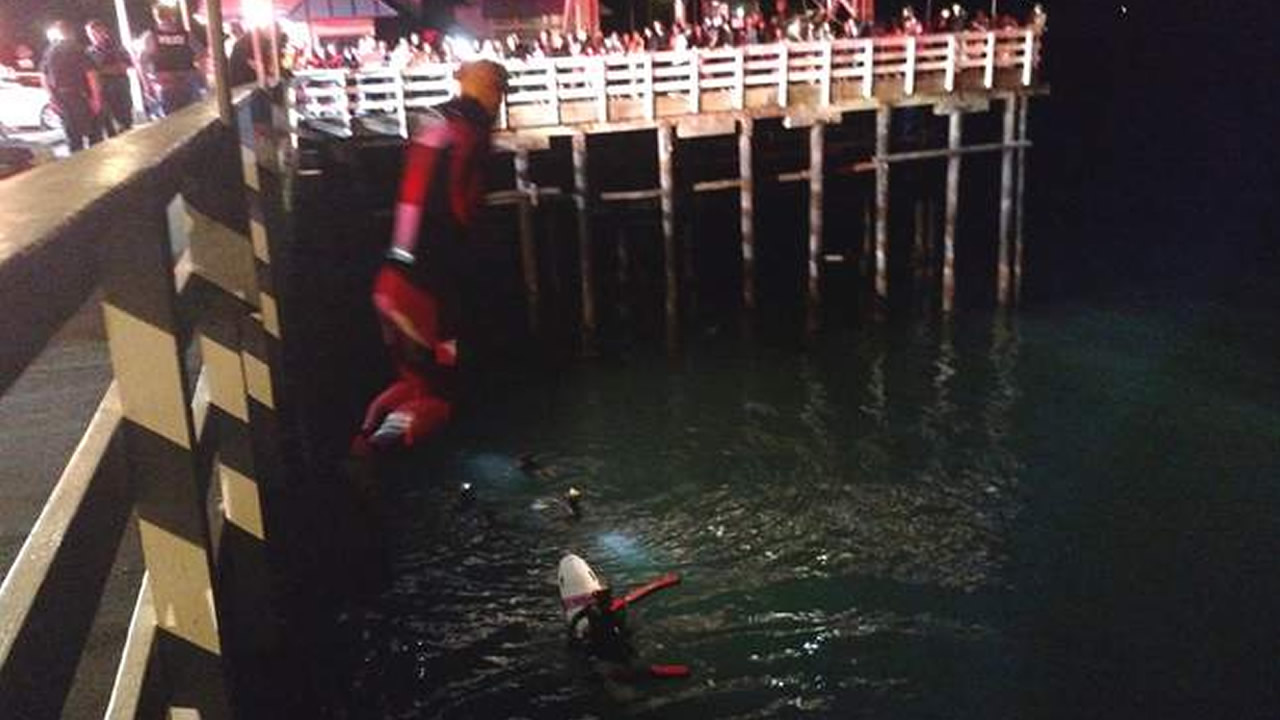