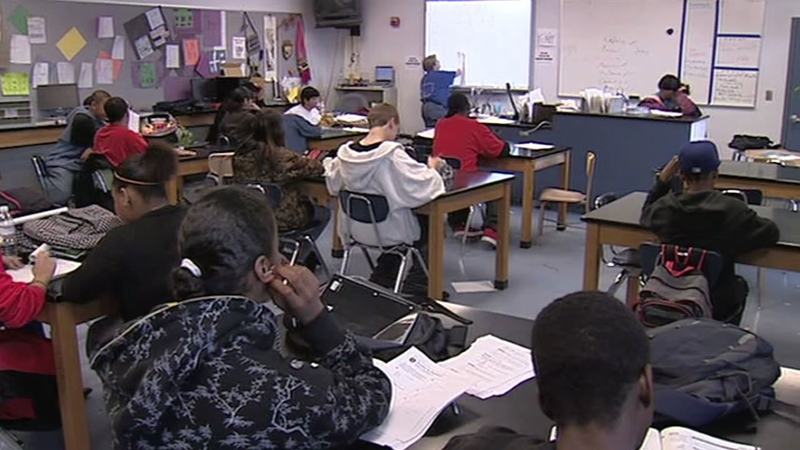 LARKSPUR, Calif. (KGO) -- Thanksgiving week ended up being an expensive proposition for some school districts in Marin County. A few parents took their kids out early and that meant fewer state dollars for the school district.

Kids in Larkspur and Corte Madera schools were meant to be in class on the Wednesday before Thanksgiving, except that only 83 percent of them showed up. To make matters worse, some families decided to take the whole week off.

Valerie Pitts from the Larkspur-Corte Madera School District told ABC7 News, "It's a problem. Over the course of two-and-a-half days we lose about $10,000."

For a small district like this one, with just over 1,500 students, that's a lot of money.

The average daily attendance is a funding formula used by the state. If a student doesn't show up for school, then the district loses out on the funding.

Another district, San Rafael city schools also experienced a drop in the number of students during the early part of that week.

"For Thanksgiving, it's usually traveling to out-of-state to relatives' homes," Pitts explained.

Other districts in Marin County have learned from experience that it doesn't pay to stay open the entire week. The Novato School District is one example.

"Students weren't in class, so they were losing the instruction time which is really important and we were also losing some money because they were absent, so I think, between those two things, we decided to close the entire week," Leslie Benjamin from the Novato Unified School District said.

They make up those lost days by starting a little earlier.

The Larkspur-Corte Madera School District is now considering doing away with classes on the Wednesday before Thanksgiving. The board will vote this month.

"And of course we will want to wait and see how those numbers look next year before making another step to possibly give the Monday and Tuesday off," Julia Ritter, a school board president, said.

Keep in mind that in the 1970s pressure from parents led some Marin County school districts to create ski week, a whole week off.