NAPA, Calif. (KGO) -- In less than three hours, a Russian spacecraft is scheduled to dock with the International Space Station and its carrying an astronaut who grew up in the Bay Area.

Getting into space is an extraordinary feat and Astronaut Kate Rubins was no ordinary student.

As astronaut Kate Rubins walked to the launch vehicle in Kazakhstan, a Stanford professor was watching from mission control in Houston.

"As the rocket is sort of heading up into the sky I just choked up. I was overwhelmed," said Stanford medicine and biology professor David Relman.

David Relman was Kate's Ph.D. mentor. He wrote her a recommendation saying her graduate work with deadly diseases like ebola prepared her for space.

"Many of the same kinds of conditions that she will now have to face as an astronaut. She was literally wearing a spacesuit and dealing with life threatening dangers," Relman said.

He says Rubins never took the easy road, a good thing, because there's no easy road to space.

"She had to do things like become fluent in Russian. Learn how to fly a jet fighter. Learn survival training," Relman said.

Kate's interest in science began long before grad school. At Vintage High School in Napa, some people still remember her, including the principal.

Mike Pearson was her health teacher and her soccer coach. She was in the honor society, the campus newspaper.

"She was a top student and really dove into the material," Pearson said. "And she was the editor in chief. I knew there was going to be something special about her."

They're sending some school spirit to space with her and hoping she returns the favor. They've requested a chat with the students.

"So it'd be a live feed from the space ship. So it should be a spectacular and awesome thing for our students to experience," Pearson said.

The topic? Her study of genetics, and how the body changes in microgravity. Curiosity is in her DNA.

"An explorer a pioneer a risk taker, somebody who has just joy for the unknown," Relman said.

It'll be a busy few months in space and Rubins was never one to do the bare minimum.

"Even in my free time I'm a bit of a nerd, I think I'm probably going to be doing science experiments up there," Rubins said. 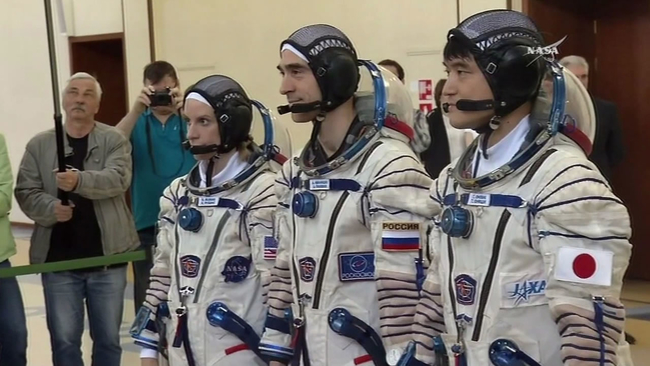 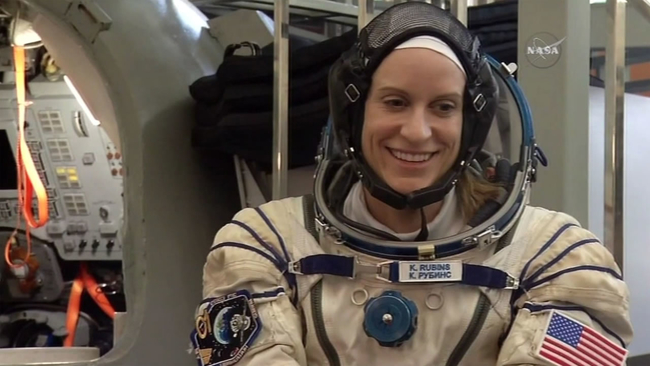