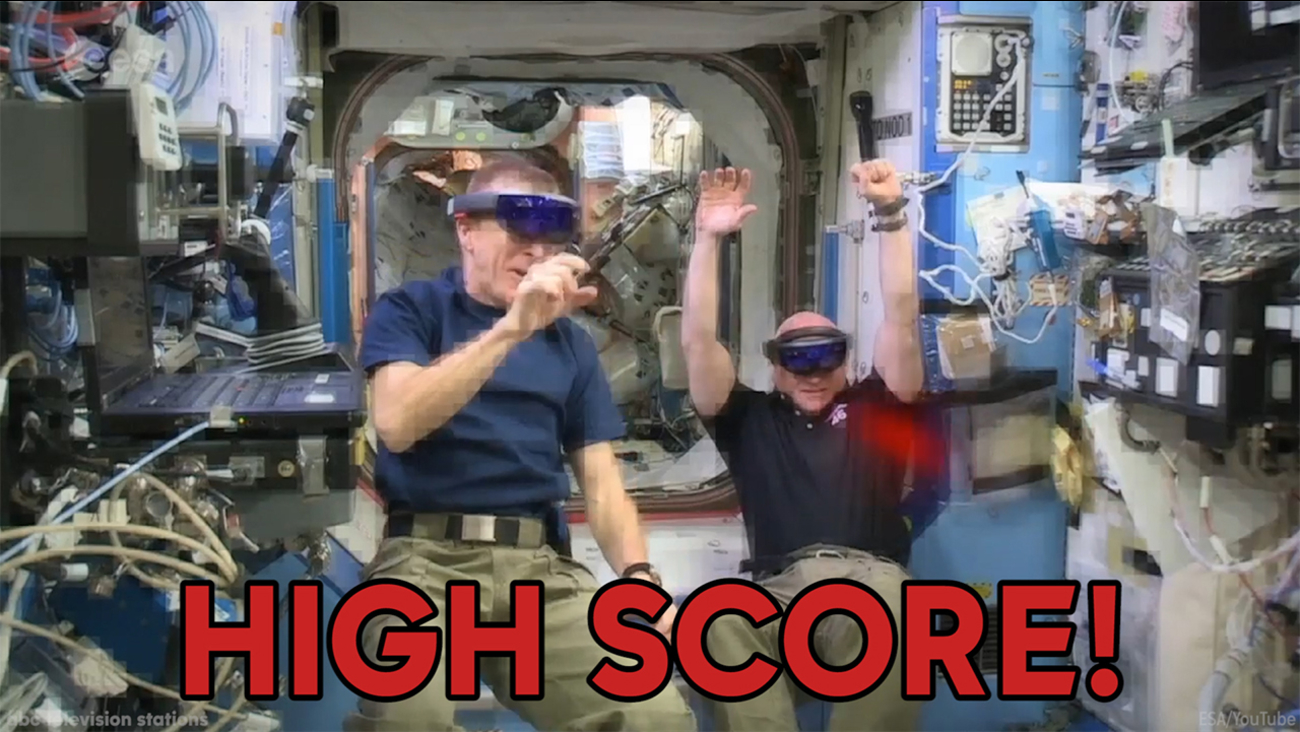 You haven't played Space Invaders until you've played it in outer space.

The European Space Agency released a video on Sunday of astronauts Scott Kelly and Tim Peake playing the classic arcade game using VR headsets while aboard the ISS. Kelly and Peake used their fingers to fire cannons in the virtual reality game.

Special effects were added to the video later to make it look as if the astronauts were shooting off beams to ward off invading aliens.

"Scott and I were being attacked by aliens from all over the place and we fired our cannons by squeezing our fingers together," Peake said. "We had to dodge their missiles hence a lot of ducking and weaving going on...much fun!"

The VR headsets were provided by NASA and Microsoft's "Project Sidekick," which allows astronauts to perform research and receive assistance from ground control in a VR setting.

"Sidekick is a prime example of an application for which we envisioned HoloLens being used - unlocking new potential for astronauts and giving us all a new perspective on what is possible with holographic computing," said Alex Kipman, technical fellow, Windows and Devices Group at Microsoft.

Peake began his six-month stay aboard the ISS in December 2015. Kelly returned to Earth on March 3 after spending 340 days aboard the ISS, the longest consecutive period spent in outer space by an American.