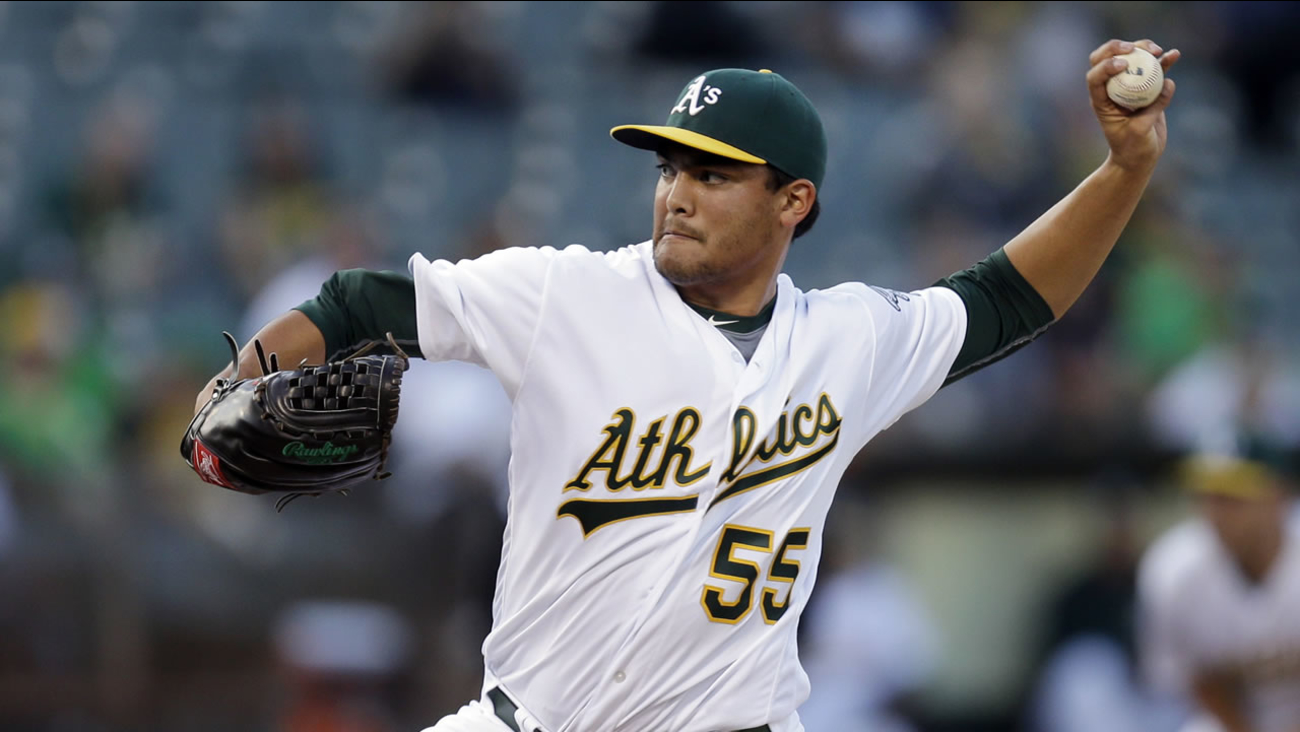 OAKLAND, Calif. -- Sean Manaea continues to feel more comfortable every time he takes the mound. He had another solid outing but the Athletics' offense was stymied and suffered yet another disappointing loss.