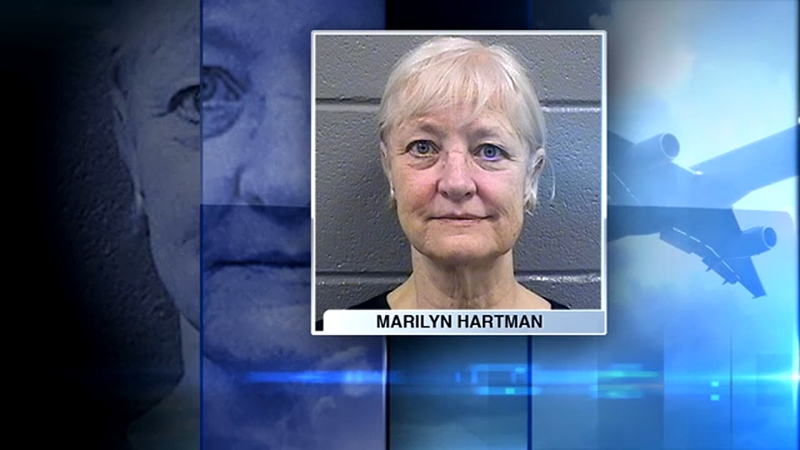 CHICAGO -- A woman known as a "serial stowaway" for her yearslong history of sneaking onto airplanes was arrested once again at Chicago's O'Hare International Airport.

Marilyn Hartman, 67, was charged Saturday with a felony count of criminal trespass to a registered area at an airport, Chicago police said.

Hartman was taken into custody Friday at around 10 p.m. after federal Transportation Security Administration agents said she attempted to move TSA lane dividers to get around security, according to Chicago police.

She was taken into custody without incident.

Hartman was given probation earlier this year, after sneaking on a flight from O'Hare to London without a ticket. She pleaded guilty to criminal trespassing and was sentenced in March after agreeing to stay away from Chicago's two commercial airports.

Hartman is due in bond court Sunday.