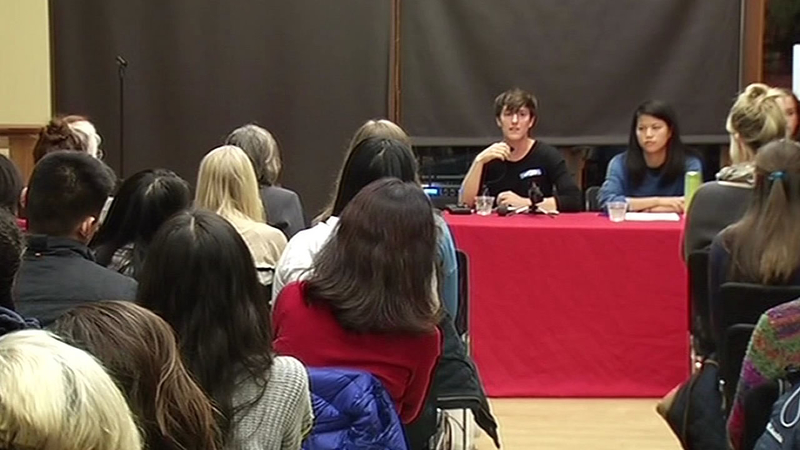 PALO ALTO, Calif. (KGO) -- Stanford students who say school leaders are downplaying the problem of sexual assaults on campus gathered Monday night for a special summit and they're now getting help all the way from Washington, D.C.

One panelist raised the question, "Would you call this rape or would you call it like Stanford did, misconduct?"

Four students told stories of being sexually assaulted and they say Stanford failed to bring them justice.

"The university aggressively protects and supports their assaulters and they leave survivors extremely traumatized," said one of the women on the panel.

Some also believe the problem is being downplayed. The students take issue with Stanford's climate survey released Oct. 1. It found 1.9 percent of Stanford students who participated in the survey have experienced sexual assault. Organizers of the summit say the number is misleading.

Stephanie Pham, founder of One In Five, told ABC7 News, "Harvard and Yale, they're admitting and saying, 'Look at this 40ish-percent number, rape happens here, sexual assault happens here. And Stanford needs to own up to that."

"Require a climate survey on every campus in the country that receives federal funds. It would be a survey that would be exactly the same so it can be evaluated," Rep. Jackie Speier, D-San Mateo, said.