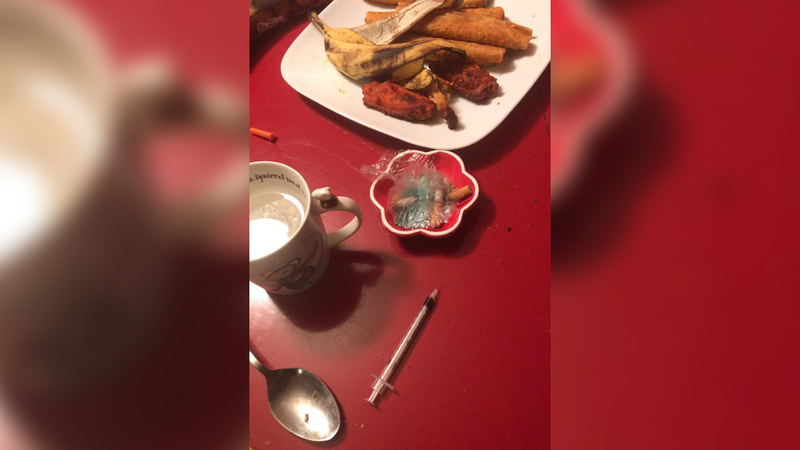 Man accused of ransacking house in SF, leaving drugs behind goes before judge

SAN FRANCISCO (KGO) -- A San Francisco woman is waiting for justice in her case after police arrested a man accused of ransacking her house. He appeared before a judge, who set a trial date. But for the woman whose home was ransacked, it was the first time seeing the man accused of doing it face to face.

Last month Angela Padilla showed ABC7 News the drugs burglars left behind on her dining room table after ransacking her house. Today she was inside this courtroom as the man police say committed the crime, 31-year-old Carlos Gomez-Miranda, appeared before a judge.

"It was really hard to look at him," Padilla said. "Because I kept imagining him breaking into my house and doing drugs and stealing so many things that really matter to me. It was hard to sit still."

In addition to the needle she found on her dining room table, Padilla says she found receipts from 7-11 which she gave to police. They were able to pull surveillance video, leading them to Gomez-Miranda. When they arrested him, investigators say he had five pieces of Padilla's jewelry on him.

What makes her angrier is that Gomez-Miranda had just been released from jail in San Mateo County after pleading no contest to a burglary there in June.

Gomez-Miranda's attorney, in that case, said he broke into an RV in storage and stayed there for a few days with at least one other person. A judge sentenced him to 30 days in jail but he only served 11. He was released on good behavior, with two years' probation.

"I mean the justice system," Padilla says. "We've got to get tough and criminals we just can't be soft anymore. We've got to hold people accountable."

That's why now, she plans to be at every court hearing Gomez-Miranda has.

"I think it's important for me to see the defendant and to face him," Padilla says. "And I am going to be here for every date until he is convicted and put in jail."

Gomez-Miranda is charged with first-degree burglary, grand theft and receiving stolen jewelry. He's pleaded not guilty to all three charges. His trial is set to start on October 4.