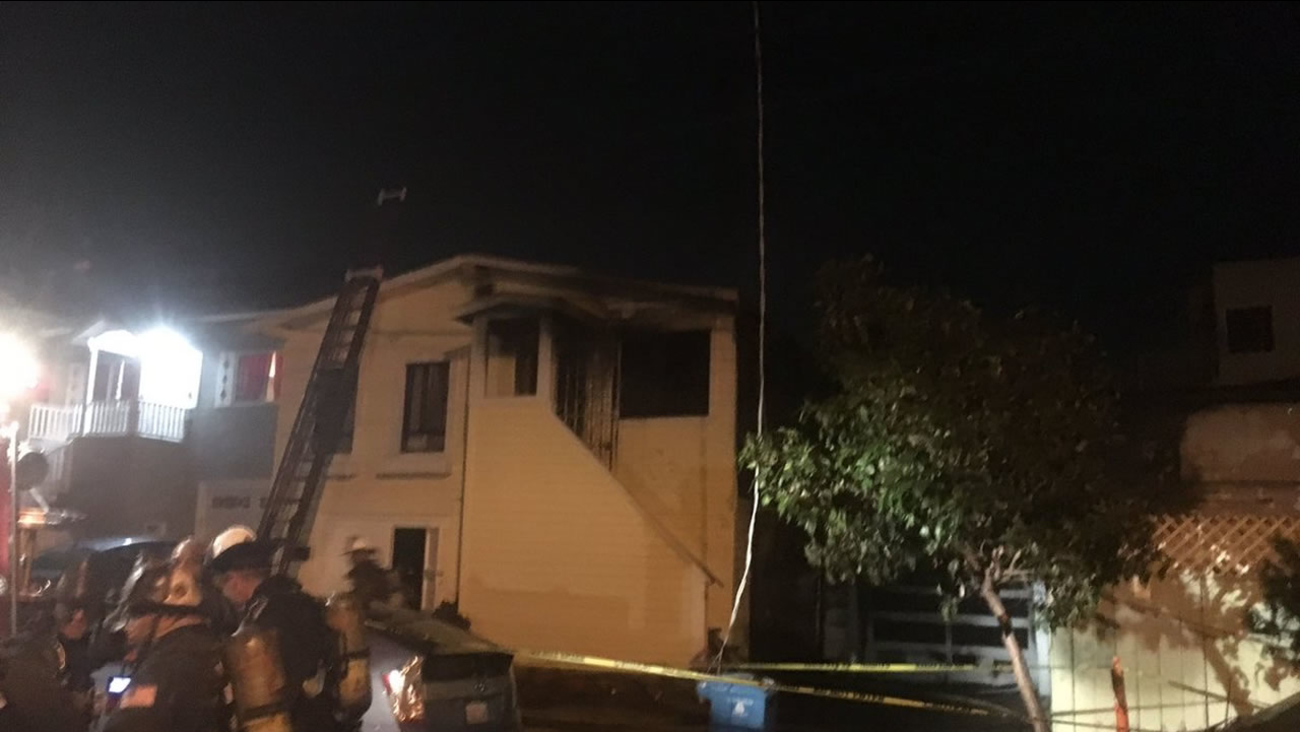 SAN FRANCISCO -- Five people were displaced by a two-alarm residential structure fire in San Francisco's Excelsior this evening, according to firefighters.

Emergency crews reported via social media that they were responding to a fire in the 700 block of Brazil Avenue at 7:23 p.m.

They declared a second alarm response around 7:40 p.m., and the incident was under control by 7:45 p.m.

A neighboring structure in the 300 block of Vienna Street was also damaged. One adult was treated for smoke inhalation.