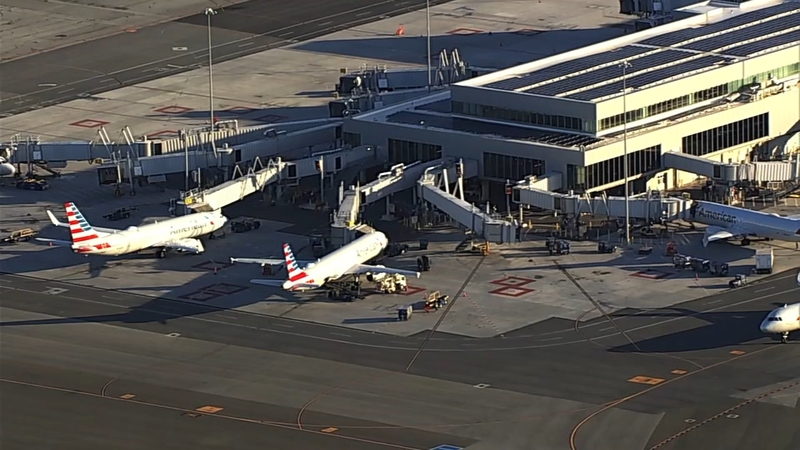 The network issues affected Terminal One ticket counters for Southwest, JetBlue and American Airlines, according to SFO spokesperson Doug Yakel.

The line to check in on Southwest Airlines at SFO. The computers are down in terminal 1. They are manually checking in passengers. So far on Southwest we see flights to Burbank and San Diego cancelled. pic.twitter.com/KbUUgfJWYP

The computer shutdown was rough for early morning travelers trying to get their weekend started.

"We were just waiting in line to check in and they told us our flight was pushed to 3 p.m. We are supposed to be getting to Burbank for a wedding so hopefully we make it," said Mike Kerner of Fremont. His original flight was scheduled for 8:30 a.m.

While people outside of security struggled to check in, some who made it to the gate were told their flight was canceled and they needed to go start over again.

"I had to come out, go all the way down and find my bag," said Sang Goo Lee, while standing in line to talk to an agent about possibly re-booking his flight.

"I don't know what to do. I am still panicking," he said.

Many in line also had their phone to their ears, as they tried to connect with customer service.

"Now I am on hold with customer service to get on the next flight, which is in about two hours or so," said Amara Ibeanusi of Berkeley, who said the canceled flight meant she missed her sister's graduation from USC.

Southwest canceled at least three flights to Southern California and also canceled four flights into SFO because planes were still sitting at the gates.

By 8:15 a.m., the computers were working again. An SFO spokesperson says they don't know yet what caused the shutdown.

Both Oakland Airport and Mineta San Jose Airport say they are not impacted by the network issue at SFO.