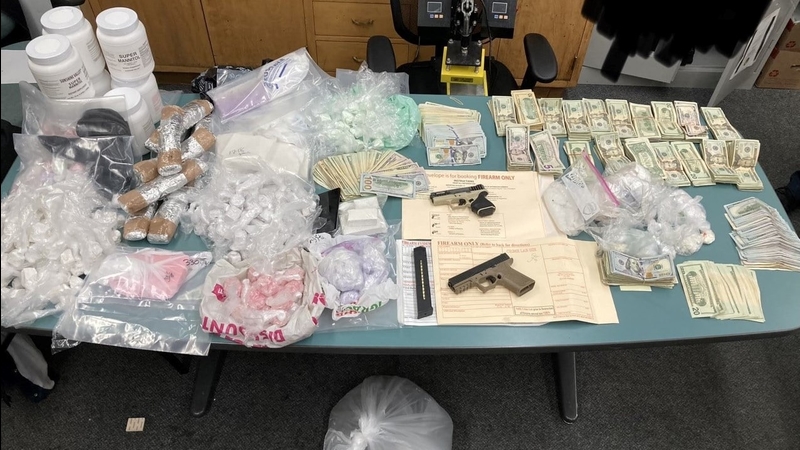 SAN FRANCISCO (KGO) -- The San Francisco Police Department says it seized 16 pounds of fentanyl in a recent bust, which may not sound like a lot -- until you think about how potent the drug is.

"The amount of fentanyl seized in this single operation is enough lethal overdoses to wipe out San Francisco's population four times over," said SFPD Chief Bill Scott in a Facebook post. "Fentanyl remains the primary chemical culprit in the record-shattering number of fatal overdoses plaguing our city."

Fentanyl is an extremely powerful opioid that can be up to 100 times stronger than morphine. It is sometimes cut into other drugs like methamphetamine or heroin because a very small quantity goes a long way. But if people don't know their drugs contain fentanyl, they can easily overdose.

The fentanyl was found by SFPD narcotics officers while serving three warrants in Oakland, the department says. They believe they were intercepting drugs that were heading to San Francisco.

Five people were taken into custody.