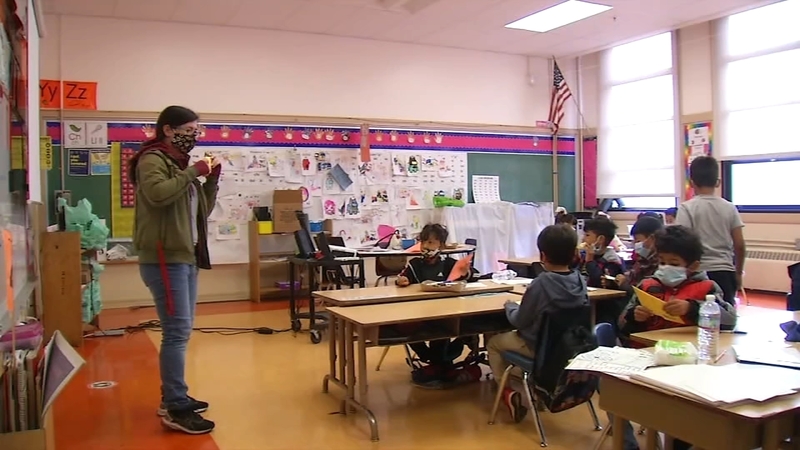 SAN FRANCISCO (KGO) -- San Francisco public schools are facing budget cuts as the district tries to tackle the problem of declining enrollment. But San Francisco is not alone, other districts in California are experiencing the same situation.

However, now the city is trying to come up with ways to lure back parents. One option is to change the placement process.

It's not rocket science, schools are funded by the state based on the number of students enrolled.
Take San Francisco Unified. A year before the COVID pandemic, the district had about 60,000 students. During the pandemic, it saw 3,500 students leave the district, a loss of six percent.

"I do think that some of our families who had the means during the pandemic looked for schools that were open outside of the district," explained Michelle Jacques-Menegaz of the Parent Advisory Council known as PAC.

Some families moved to other cities because of San Francisco's high cost of living.

That six percent decline translates into a potential loss of $35 million in state funding.

VIDEO: SF files lawsuit against its own school district to force classrooms to reopen

The city of San Francisco has filed a lawsuit against its own school district and the school board over reopening plans.

"We're working on a lot of different strategies," said the district's educational placement director, Lauren Koehler who is working to change how parents pick their schools.

It would be called a zone-based process. So, instead of selecting your top choices anywhere in San Francisco regardless of where you live, the district would have parents opt for the ones located in their zone -- giving them a more neighborhood-school option.

"It's a big change from applying to 72 elementary school programs to applying to a much smaller subset of between eight and 12," added Koehler.
"Try to help folks not travel too far regardless of where they get in so it created some of these zones where there is some flexibility and some offerings and some consistency," agreed Jacques-Menegaz.

The rollout of this zone-based process is expected to begin in 2024.

In the meantime, right now the district will have in-person workshops for parents. They will also do outreach on social media and will start knocking on doors.

"So we'll be going to people's homes that we know have young kids and helping them fill out their enrollment applications," said Koehler.