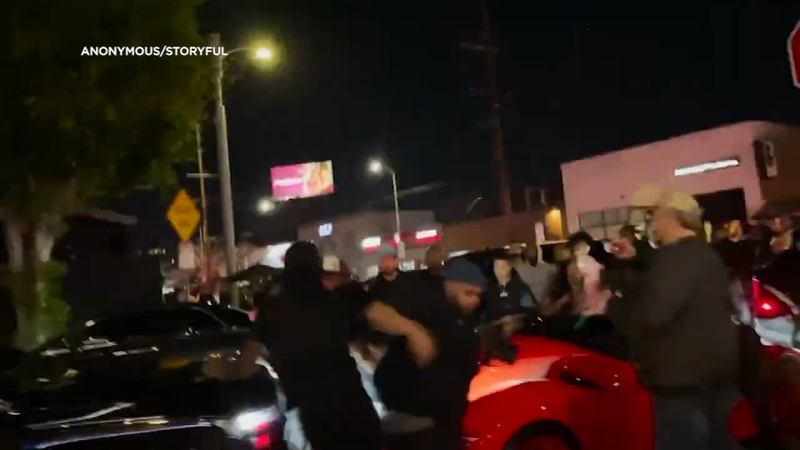 LOS ANGELES -- Four people were shot early Saturday morning in West Hollywood after a fight broke out near an after-party for singer Justin Bieber.

Bieber was hosting an after-party at The Nice Guy restaurant and lounge, following a concert, and "the shooting occurred... near The Nice Guy, but it was not directly in front," a source familiar with the event told CNN.

The source said the musician was inside the venue when the shooting took place, and he decided to leave the venue once he learned of the incident.

Police said there was a "physical altercation" between several people and gunshots were fired by a suspect who then fled the scene. In a news release Saturday afternoon, the LAPD asked for the public's assistance in identifying the suspect.

Four people were shot, police said in their release. Two of the victims were taken to nearby hospitals by paramedics while the other two self-transported to hospitals, police said.

"The incident is not gang-related," police previously said.

CNN reached out to Bieber's publicist Saturday, but has not heard back.

The Nice Guy restaurant is owned by The h.wood Group, a hospitality company that owns several venues in the Los Angeles area. CNN could not reach a representative for h.wood.